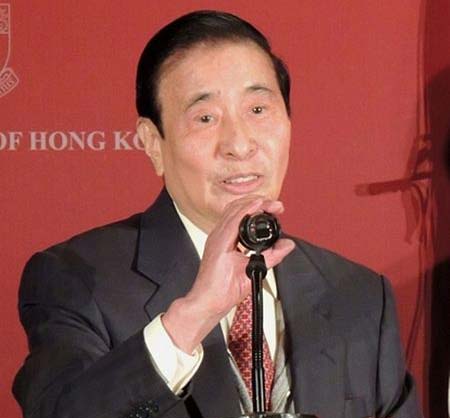 Lee Shau-kee GBM (Chinese: 李兆基; born 7 March 1928 in Shunde, Guangdong, China) is a Hong Kong business magnate, investor, and philanthropist. He is well known real estate tycoon and majority owner of Henderson Land Development, a property conglomerate with interests in property, hotels, restaurants and internet services. In 2019, aged 91, Lee stepped down as chairman and managing director of the company, in favour of two of his sons, Peter and Martin Lee. He retains a role as an executive director.

His personal wealth is estimated to be $31.5 billion, making him the second wealthiest man in Hong Kong, and the 27th richest in the world Before the handover of Hong Kong in 1997, he was the fourth-richest person in world.

Since 2006, Lee has accrued substantial profits from his holdings of Mainland-controlled stocks. This return on investment has earned him nicknames including “Hong Kong’s Buffett” (香港巴菲特) and “Asia’s Master of Stock” (亞洲股神). He is also affectionately known as “Uncle Four”, one of the very few fourth-born children in the world to have become a multi-billionaire.

Lee has five children, including elder son Peter Lee Ka-kit and younger son Martin Lee Ka-shing, and eight grandchildren. He is a follower of Buddhism.

Lee is one of the main sponsors of the HKICC Lee Shau Kee School of Creativity, having donated more than HK$20 million through the Lee Shau Kee Foundation.

In 2015, Lee donated a site in Yuen Long to charity organisation Po Leung Kuk for it to develop Hong Kong’s biggest youth hostel. Lee announced that the units would be leased to young people between the ages of 18 and 30 at half the market rate.

Other than public philanthropy, Lee has given his Henderson Land staff cash gifts to celebrate the birth of four of his grandchildren, in amounts totalling HK$60 million over a nine-year period.