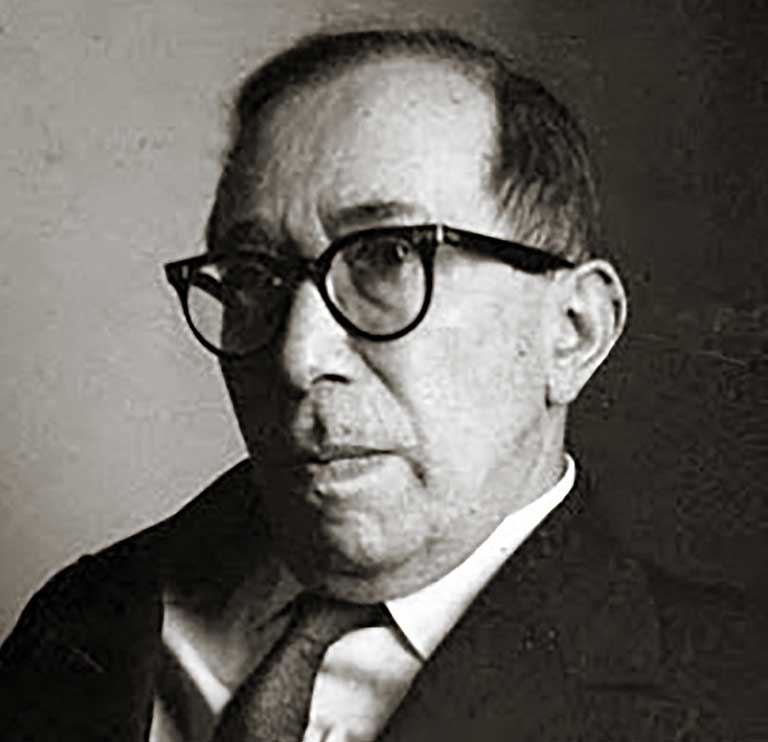 Leo Strauss (/straʊs/; German: [ˈleːo ˈʃtʁaʊs]; September 20, 1899 – October 18, 1973) was a German-American political philosopher and classicist who specialized in classical political philosophy. Born in Germany to Jewish parents, Strauss later emigrated from Germany to the United States. Leo Strauss spent much of his career as a professor of political science at the University of Chicago, where he taught several generations of students and published fifteen books.

Trained in the neo-Kantian tradition with Ernst Cassirer and immersed in the work of the phenomenologists Edmund Husserl and Martin Heidegger, Strauss established his fame with path-breaking books on Spinoza and Hobbes, then with articles on Maimonides and Farabi. In the late 1930s his research focused on the rediscovery of esoteric writing, thereby a new illumination of Plato and Aristotle, retracing their interpretation through medieval Islamic and Jewish philosophy, and encouraging the application of those ideas to contemporary political theory.

Strauss was born on September 20, 1899, in the small town of Kirchhain in Hesse-Nassau, a province of the Kingdom of Prussia (part of the German Empire), to Hugo Strauss and Jennie Strauss, née David. According to Allan Bloom’s 1974 obituary in Political Theory, Strauss “was raised as an Orthodox Jew”, but the family does not appear to have completely embraced Orthodox practice. Strauss himself noted that he came from a “conservative, even orthodox Jewish home”, but one which knew little about Judaism except strict adherence to ceremonial laws. His father and uncle operated a farm supply and livestock business that they inherited from their father, Meyer (1835–1919), a leading member of the local Jewish community.

After attending the Kirchhain Volksschule and the Protestant Rektoratsschule, Leo Strauss was enrolled at the Gymnasium Philippinum (affiliated with the University of Marburg) in nearby Marburg (from which Johannes Althusius and Carl J. Friedrich also graduated) in 1912, graduating in 1917. He boarded with the Marburg cantor Strauss (no relation); the Cantor’s residence served as a meeting place for followers of the neo-Kantian philosopher Hermann Cohen. Strauss served in the German army from World War I from July 5, 1917, to December 1918.

Leo Strauss subsequently enrolled in the University of Hamburg, where he received his doctorate in 1921; his thesis, On the Problem of Knowledge in the Philosophical Doctrine of F. H. Jacobi (Das Erkenntnisproblem in der philosophischen Lehre Fr. H. Jacobis), was supervised by Ernst Cassirer. He also attended courses at the Universities of Freiburg and Marburg, including some taught by Edmund Husserl and Martin Heidegger. Strauss joined a Jewish fraternity and worked for the German Zionist movement, which introduced him to various German Jewish intellectuals, such as Norbert Elias, Leo Löwenthal, Hannah Arendt and Walter Benjamin. Walter Benjamin was and remained an admirer of Strauss and his work throughout his life.

Strauss’s closest friend was Jacob Klein but he also was intellectually engaged with Gerhard Krüger—and also Karl Löwith, Julius Guttman, Hans-Georg Gadamer, and Franz Rosenzweig (to whom Strauss dedicated his first book), as well as Gershom Scholem, Alexander Altmann, and the Arabist Paul Kraus, who married Strauss’s sister Bettina (Strauss and his wife later adopted the Kraus’s child when both parents died in the Middle East). With several of these friends, Strauss carried on vigorous epistolary exchanges later in life, many of which are published in the Gesammelte Schriften (Collected Writings), some in translation from the German. Strauss had also been engaged in a discourse with Carl Schmitt. However, after Strauss left Germany, he broke off the discourse when Schmitt failed to respond to his letters.

After receiving a Rockefeller Fellowship in 1932, Strauss left his position at the Higher Institute for Jewish Studies in Berlin for Paris. He returned to Germany only once, for a few short days twenty years later. In Paris, he married Marie (Miriam) Bernsohn, a widow with a young child, whom he had known previously in Germany. He adopted his wife’s son, Thomas, and later his sister’s child, Jenny Strauss Clay, later a professor of classics at the University of Virginia; he and Miriam had no biological children of their own. At his death, he was survived by Thomas, daughter Jenny Strauss Clay, and three grandchildren. Strauss became a lifelong friend of Alexandre Kojève and was on friendly terms with Raymond Aron, Alexandre Koyré, and Étienne Gilson. Because of the Nazis’ rise to power, he chose not to return to his native country. Strauss found shelter, after some vicissitudes, in England, where, in 1935 he gained temporary employment at University of Cambridge, with the help of his in-law, David Daube, who was affiliated with Gonville and Caius College. While in England, he became a close friend of R. H. Tawney, and was on less friendly terms with Isaiah Berlin.