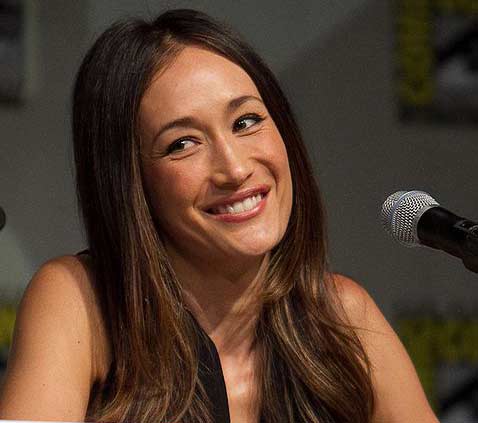 Q starred as the title role on The CW action-thriller series Nikita (2010–13). She also had a main role as FBI Special Agent Hannah Wells in the political thriller series Designated Survivor (2016–19).

Q was born and raised in Honolulu, Oahu, Hawaii. Her father is of Irish and Polish descent and her mother is a Vietnamese immigrant. Her parents met while her father was stationed in Vietnam during the Vietnam War. Q has four siblings, and was raised Catholic.

Q attended Mililani Waena Elementary School and Wheeler Intermediate School. She then attended Mililani High School, where she was on the cross country, track and field, and swim teams. She won the title of “Best Body” senior year, and graduated in 1997. She won an athletics scholarship to a private university and intended to study veterinary science. Q’s family was unable to assist her financially. She left Hawaii during the summer in hopes of earning enough money so that she could start her studies in the fall.

Q dated Los Angeles-based businessman Paul Alfonso from 2009 until 2010. Having met on-set in early 2014, on January 14, 2015, it was announced that Q was engaged to her Stalker co-star Dylan McDermott. The couple stated in 2017 that they were not in any rush to have an actual wedding ceremony. In February 2019, after a four-year engagement, the couple split.

She has five tattoos: a cross on her right forearm, Tibetan script and a little triangle on her left forearm, and a Zulu proverb on her side “umuntu ngumuntu ngabantu”, which means “a person’s character is made by the collective”. She has one of a phoenix on her left hip, which she has had to conceal for most of her roles except Nikita. Q has suffered temporary hearing loss in her right ear after her eardrum was damaged during an explosive stunt in 2010.

In 2007, she lived in Studio City, Los Angeles, California with her two (at one point, eight) rescued dogs. She also has a house in Pound Ridge, New York.

Q is outspoken on the subject of animal rights and has taken part in PETA Asia’s campaigns promoting vegetarianism. A vegetarian for many years, she has said that giving up meat was one of the most rewarding decisions she has ever made. “I feel better, I have more energy, on, and off the set, and I have the satisfaction of knowing that I’m doing something to help stop animal suffering.” In 2008, Maggie Q was named PETA Asia-Pacific’s “Person of the Year.” The same year, the organization also listed Q as one of the “Best-Dressed Celebrities” of 2008. She has since taken the step to cut all animal products from her diet by becoming a vegan. PETA declared her to be one of three “Sexiest Vegans” of 2017. Maggie Q is currently an ambassador for Animals Asia Foundation.