Superstar Mahira Khan is one of the celebrities who have made a name for herself in Bollywood through her film Raees.

However, once again, Mahira Khan has expressed her desire to work with Bollywood filmmakers.

In a virtual interview with Indian writer Anupama Chopra, Mahira Khan admitted that she had received several job offers from Bollywood which she did not want to give up because of the excellent content.

ALSO READ: Mahira Khan will not be Allowed to Work in India 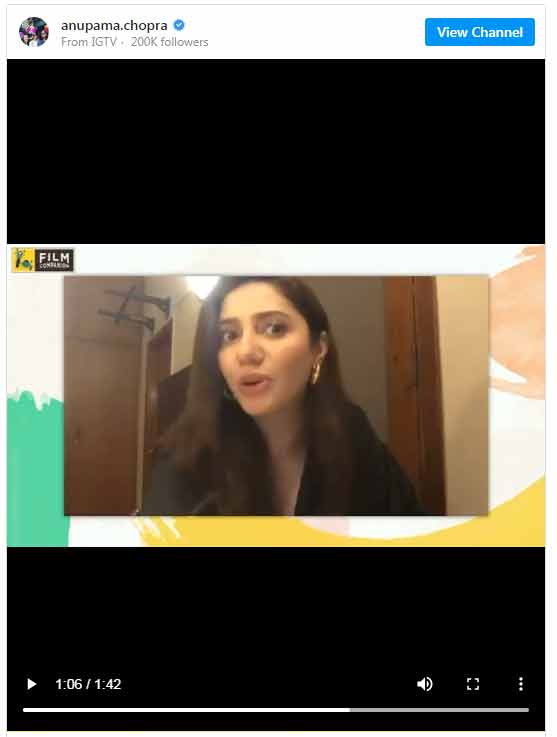 The actress said that she was scared of working in Bollywood and wondered what people would think but now she doesn’t think so, now she thinks that she can’t leave her choice for political issues. If this happens now, I hope I will cooperate.

It may be recalled that earlier, news about Mahira Khan’s work in the Indian theater drama Yar Julaha has also gone viral.

According to media reports, many stories of progressive writers of Hindi and Urdu literature such as Gulzar, Saadat Hassan Manto, Ismat Chughtai, Munshi Prem Chand and Amrita Pritam have been updated in Yar Julaha.