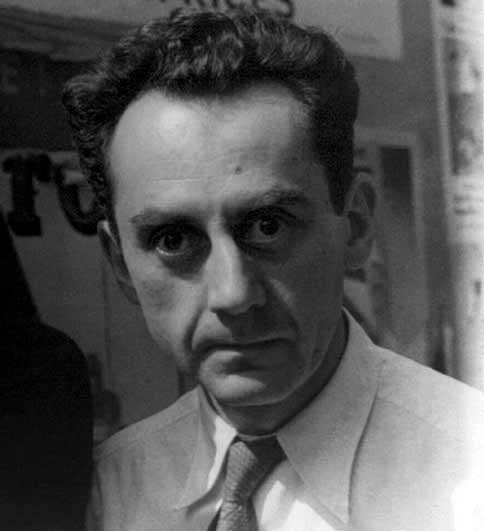 Man Ray (born Emmanuel Radnitzky; August 27, 1890 – November 18, 1976) was an American visual artist who spent most of his career in Paris. He was a significant contributor to the Dada and Surrealist movements, although his ties to each were informal. He produced major works in a variety of media but considered himself a painter above all. He was best known for his photography, and he was a renowned fashion and portrait photographer. Man Ray is also noted for his work with photograms, which he called “rayographs” in reference to himself.

During his career as an artist, Man Ray allowed few details of his early life or family background to be known to the public. He even refused to acknowledge that he ever had a name other than Man Ray.

Man Ray’s birth name was Emmanuel Radnitzky. He was born in South Philadelphia, Pennsylvania, on August 27, 1890. He was the eldest child of Russian Jewish immigrants Max, a tailor, and Minnie Radnitzky. He had a brother, Sam, and two sisters, Dora and Essie, the youngest born in 1897 shortly after they settled in the Williamsburg neighborhood of Brooklyn, New York. In early 1912, the Radnitzky family changed their surname to Ray. Man Ray’s brother chose the surname in reaction to the ethnic discrimination and antisemitism prevalent at the time. Emmanuel, who was called “Manny” as a nickname, changed his first name to Man and gradually began to use Man Ray as his name.

Man Ray’s father worked in a garment factory and ran a small tailoring business out of the family home. He enlisted his children to assist him from an early age. Man Ray’s mother enjoyed designing the family’s clothes and inventing patchwork items from scraps of fabric. Man Ray wished to disassociate himself from his family background, but their tailoring left an enduring mark on his art. Mannequins, flat irons, sewing machines, needles, pins, threads, swatches of fabric, and other items related to tailoring appear in almost every medium of his work. Art historians have noted similarities between Ray’s collage and painting techniques and styles used for tailoring.

Mason Klein, curator of a Man Ray exhibition at the Jewish Museum in New York, Alias Man Ray: The Art of Reinvention, suggests that the artist may have been “the first Jewish avant-garde artist.”

Man Ray was the uncle of the photographer Naomi Savage, who learned some of his techniques and incorporated them into her own work.

Man Ray returned to Paris in 1951, and settled with Juliet into a studio at 2 bis rue Férou near the Luxembourg Gardens in St. Germain-des-Prés, where he continued his creative practice across mediums. During the last quarter century of his life, he returned to a number of his iconic earlier works, recreating them in new form. He also directed the production of limited-edition replicas of several of his objects, working first with Marcel Zerbib and later Arturo Schwarz.[citation needed]

In 1963, he published his autobiography, Self-Portrait (which was republished in 1999).

He died in Paris on November 18, 1976, from a lung infection. He was interred in the Cimetière du Montparnasse in Paris. Ray’s epitaph reads “unconcerned, but not indifferent”. When Juliet Browner died in 1991, she was interred in the same tomb. Her epitaph reads “together again”. Juliet organized a trust for his work and donated much of his work to museums. Her plans to restore the studio as a public museum proved too expensive; such was the structure’s disrepair. Most of the contents were stored at the Pompidou Centre.