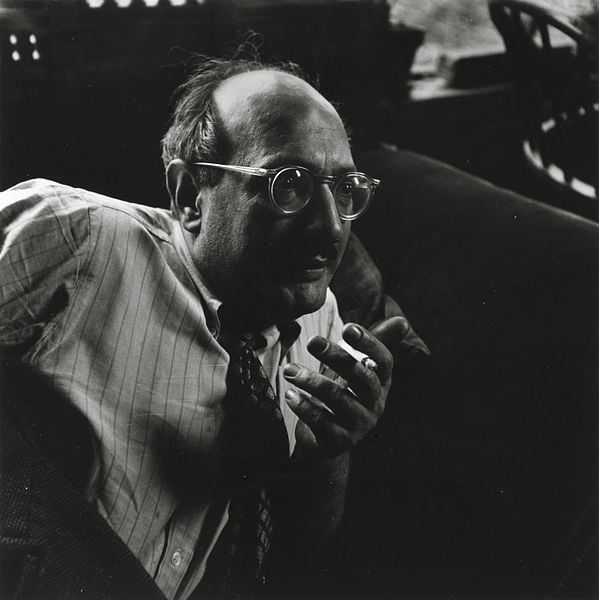 Mark Rothko (September 25, 1903 – February 25, 1970), was an American painter of Latvian Jewish descent. Rothko did not personally subscribe to any art movement, but he is generally identified as an abstract expressionist.

Mark Rothko was born in Daugavpils, Latvia (then in the Russian Empire). His father, Jacob (Yakov) Rothkowitz, was a pharmacist and intellectual who initially provided his children with a secular and political, rather than religious, upbringing. According to Rothko, his Marxist father was “violently anti-religious”. In an environment where Jews were often blamed for many of the evils that befell Russia, Rothko’s early childhood was plagued by fear.

Despite Jacob Rothkowitz’s modest income, the family was highly educated (“We were a reading family”, Rothko’s sister recalled), and Rothko spoke Lithuanian Yiddish (Litvish), Hebrew and Russian.[citation needed] Following his father’s return to the Orthodox Judaism of his own youth, Rothko, the youngest of four siblings, was sent to the cheder at age five, where he studied the Talmud, although his elder siblings had been educated in the public school system.

In the autumn of 1923, Rothko found work in New York’s garment district. While visiting a friend at the Art Students League of New York, he saw students sketching a model. According to Rothko, this was the beginning of his life as an artist. He later enrolled in the Parsons The New School for Design, where one of his instructors was Arshile Gorky. Rothko characterized Gorky’s leadership of the class as “overcharged with supervision.” That same autumn, he took courses at the Art Students League taught by Cubist artist Max Weber, a fellow Lithuanian Jew who had been a part of the French avant-garde movement. To his students eager to know about Modernism, Weber was seen as “a living repository of modern art history”. Under Weber’s tutelage, Rothko began to view art as a tool of emotional and religious expression. Rothko’s paintings from this era reveal the influence of his instructor. Years later, when Weber attended a show of his former student’s work and expressed his admiration, Rothko was immensely pleased.

Rothko’s complete works on canvas, 836 paintings, have been catalogued by art historian David Anfam, in his Mark Rothko: The Works on Canvas: Catalogue Raisonné, published by Yale University Press in 1998.

A previously unpublished manuscript by Rothko, The Artist’s Reality, about his philosophies on art, edited by his son Christopher, was published by Yale University Press in 2004.

Red, a play by John Logan based on Rothko’s life, opened at the Donmar Warehouse in London, on December 3, 2009. The play, starring Alfred Molina and Eddie Redmayne, centered on the period of the Seagram Murals. This drama received excellent reviews, and usually played to full houses. In 2010 Red opened on Broadway, where it won six Tony Awards, including Best Play. Molina played Rothko in both London and New York. A recording of Red was produced in 2018 for Great Performances with Molina playing Rothko and Alfred Enoch playing his assistant.

The family collection of Rothko works, owned by the Mark Rothko Estate, has been represented by the Pace Gallery in New York since 1978.

In Rothko’s birthplace, the Latvian city of Daugavpils, a monument to him, designed by sculptor Romualds Gibovskis, was unveiled on the bank of the Daugava River in 2003. In 2013 the Mark Rothko Art Centre opened in Daugavpils, after the Rothko family had donated a small collection of his original works.

A number of Rothko’s works are held by the Museo Nacional Centro de Arte Reina Sofía and by the Thyssen-Bornemisza Museum, both in Madrid. The Governor Nelson A. Rockefeller Empire State Plaza Art Collection in Albany, NY includes both Rothko’s late painting, Untitled (1967) and a large mural by Al Held entitled Rothko’s Canvas (1969–70).