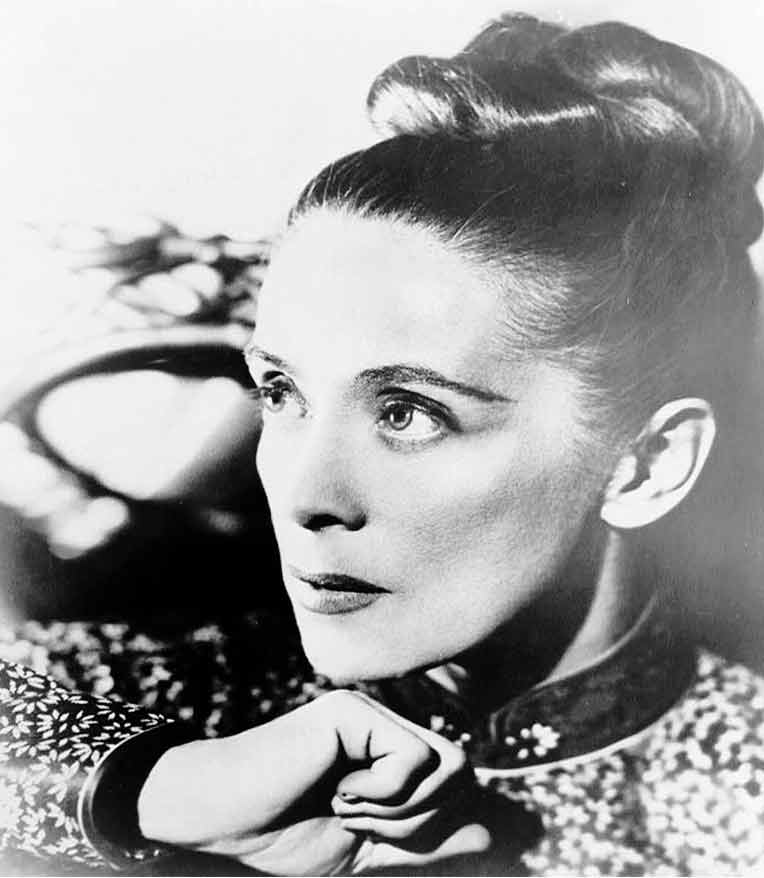 Martha Graham (May 11, 1894 – April 1, 1991) was an American modern dancer and choreographer. Her style, the Graham technique, reshaped American dance and is still taught worldwide.

Graham danced and taught for over seventy years. She was the first dancer to perform at the White House, travel abroad as a cultural ambassador, and receive the highest civilian award of the US: the Presidential Medal of Freedom with Distinction. In her lifetime she received honors ranging from the Key to the City of Paris to Japan’s Imperial Order of the Precious Crown. She said, in the 1994 documentary The Dancer Revealed, “I have spent all my life with dance and being a dancer. It’s permitting life to use you in a very intense way. Sometimes it is not pleasant. Sometimes it is fearful. But nevertheless it is inevitable.”

Graham was born in Allegheny City – later to become part of Pittsburgh, Pennsylvania – in 1894. Her father, George Graham, practiced as what in the Victorian era was known as an “alienist”, a practitioner of an early form of psychiatry. The Grahams were strict Presbyterians. Dr. Graham was a third-generation American of Irish descent. Her mother, Jane Beers, was a second-generation American of Irish, Scots-Irish, and English ancestry, and who claimed descent from Myles Standish. While her parents provided a comfortable environment in her youth, it was not one that encouraged dancing.

The Graham family moved to Santa Barbara, California when Martha was fourteen years old. In 1911, she attended the first dance performance of her life, watching Ruth St. Denis perform at the Mason Opera House in Los Angeles. In the mid-1910s, Martha Graham began her studies at the newly created Denishawn School of Dancing and Related Arts, founded by Ruth St. Denis and Ted Shawn, at which she would stay until 1923. In 1922, Graham performed one of Shawn’s Egyptian dances with Lillian Powell in a short silent film by Hugo Riesenfeld that attempted to synchronize a dance routine on film with a live orchestra and an onscreen conductor.

Graham choreographed until her death in New York City from pneumonia in 1991, aged 96. Just before she became sick with pneumonia, she finished the final draft of her autobiography, Blood Memory, which was published posthumously in the fall of 1991. She was cremated, and her ashes were spread over the Sangre de Cristo Mountains in northern New Mexico.

In 1957, Graham was elected a Fellow of the American Academy of Arts and Sciences. She was awarded the Presidential Medal of Freedom in 1976 by President Gerald Ford (the First Lady Betty Ford had danced with Graham in her youth). Ford declared her “a national treasure”.

Graham was inducted into the National Museum of Dance’s Mr. & Mrs. Cornelius Vanderbilt Whitney Hall of Fame in 1987.

In 2015 she was posthumously inducted into the National Women’s Hall of Fame.

On May 11, 2020, on what would have been Graham’s 126th birthday, the New York Public Library of the Performing Arts announced it had acquired Graham’s archives for its Jerome Robbins Dance Division. The archive consists mainly of paper-based material, photographs and films, including rare footage of Graham dancing in works such as “Appalachian Spring” and “Hérodiade”; her script for “Night Journey”; and her handwritten notes for “American Document”.