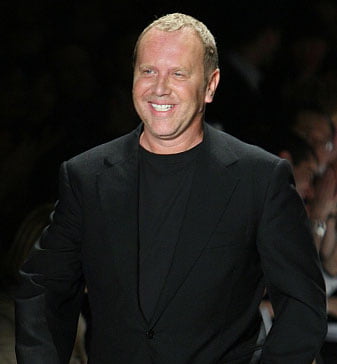 Kors was born as Karl Anderson Jr. on Long Island. Kors’ mother is Jewish; his father was of Swedish descent. His parents are Joan Hamburger, a former model, and her first husband, Karl Anderson Sr. His mother married Bill Kors, when her son was five, and his surname was changed to Kors. His mother told Karl that he could choose a new first name as well and he renamed himself Michael David Kors. He grew up in Merrick, New York and graduated from John F. Kennedy High School in Bellmore, New York, on Long Island.

Kors married his partner, Lance Le Pere, on August 16, 2011, in Southampton, New York, in The Hamptons.