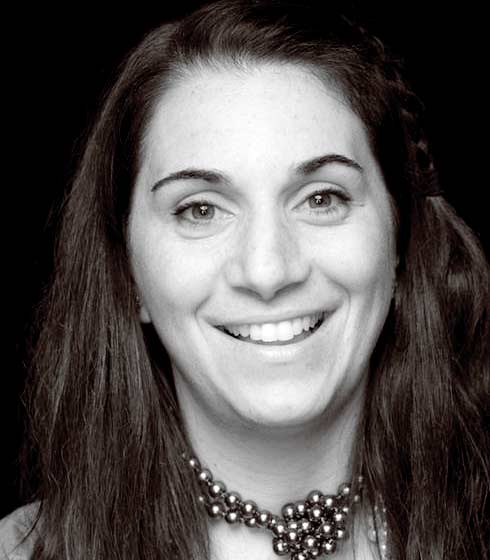 Nancy Lublin (born June 30, 1971) is the former CEO of Crisis Text Line and was the creator of Dress for Success. She also served as the CEO of Do Something Inc., a company that mobilizes youth to participate in social change, from 2003 to 2015.

Lublin attended the Kingswood-Oxford School in West Hartford, Connecticut, before graduating from Brown University in 1993, Oxford University (where she was a Marshall Scholar), and New York University School of Law.

In 1995, Lublin founded the organization Dress for Success, starting with $5,000 in seed money and a group of nuns in Harlem. The organization provides women with interview suits and career development training in more than 114 cities in 12 countries.

From August 2003 to October 2015, Lublin oversaw the growth of Do Something and led the effort to begin awarding more grant money to younger candidates seeking social change. The not-for-profit company has seen a significant revival, primarily in its use of online marketing and social campaigns. Her resignation letter was picked up by Refinery29 with the headline “This Might Be The Best Resignation Letter Ever Written.” The letter itself described Lublin’s successes at the organization.

Lublin wrote a monthly column in Fast Company entitled “Do Something”. She was also a featured speaker at the TED conference.

In 2020, Lublin was terminated by the Board of Directors of Crisis Text Line after accusations of discrimination came to light.

Lublin’s Zilch: The Power of Zero in Business was released on June 23, 2010. She has also published “Do Something!: A Handbook for Young Activists”. and “Pandora’s Box: Feminism Confronts Reproductive Technology”.

Lublin was also an editor of “The XYZ Factor: The DoSomething.org Guide to Creating a Culture of Impact”. The book is a collection of essays from DoSomething.org staff members.

In 2017 she featured as protagonists of the podcast series by Reid Hoffman (Linkedin co-founder) Masters of Scale, among other businessman of success such as Mark Zuckerberg, John Elkann & Brian Chesky. Here she discussed about the strategy adopted by Crisis Text Line to scale.

In 2018, Lublin was awarded an Honorary Doctorate from The New School.

Lublin is a member of Phi Beta Kappa.