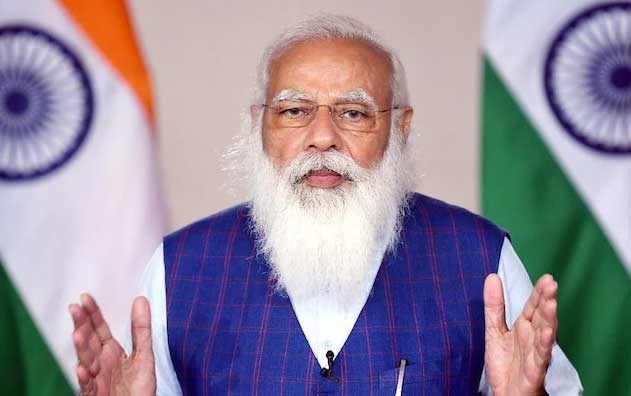 “people should be careful, the storm of deadly epidemic has shaken the nation”.

According to foreign media, the growing number of patients in India and the shortage of oxygen gas has paralyzed the medical system, after which the UK has sent more than 600 ventilators, oxygen concentrators, and other medical devices, while Saudi Arabia, the United Arab Emirates and Singapore have announced the supply of oxygen cylinders.

It should be noted that in the new wave of Corona in India, more than 360,000 people are getting infected with the virus every day while about 3,000 people have died. Patients have lined up outside hospitals and relatives at the crematorium for the last rites.

This deadly wave of Corona in India is being interpreted as Corona Tsunami and at the same time, Modi’s disappearance from the scene and poor performance is being strongly criticized after which Prime Minister Modi has been forced to record a radio message.

Addressing the nation, Modi said that the Corona wave has turned into a storm that has shaken the entire country. Millions of people have been affected by Corona and thousands have died.

The Indian Prime Minister appealed to the citizens to get vaccinated as soon as possible and said that only by vaccinating and strictly banning SOPs can we overcome this epidemic and all this is not possible without unity and consensus.