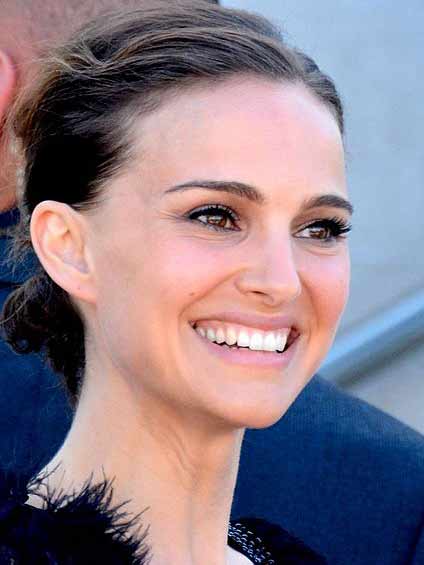 Natalie Portman (born Neta-Lee Hershlag; June 9, 1981) is an actress and filmmaker with dual Israeli and American citizenship. Prolific in film since a teenager, she has starred in blockbusters and also played psychologically troubled women in independent films, for which she has received various accolades, including an Academy Award and two Golden Globe Awards.

Portman began her acting career at age 12 by starring as the young protégée of a hitman in the action drama film Léon: The Professional (1994). While in high school, she made her Broadway theatre debut in a 1998 production of The Diary of a Young Girl and gained international recognition for starring as Padmé Amidala in Star Wars: Episode I – The Phantom Menace (1999). From 1999 to 2003, Portman attended Harvard University for a bachelor’s degree in psychology, while continuing to act in the Star Wars prequel trilogy (2002, 2005) and in The Public Theater’s 2001 revival of Anton Chekhov’s play The Seagull. In 2004, Portman was nominated for an Academy Award for Best Supporting Actress and won a Golden Globe Award for playing a mysterious stripper in the romantic drama Closer.

Portman’s career progressed with her starring roles as Evey Hammond in V for Vendetta (2006), Anne Boleyn in The Other Boleyn Girl (2008), and a troubled ballerina in the psychological horror film Black Swan (2010), for which she won the Academy Award for Best Actress. She went on to star in the romantic comedy No Strings Attached (2011) and featured as Jane Foster in the Marvel Cinematic Universe superhero films Thor (2011), and Thor: The Dark World (2013), which established her among the best-paid actresses in the world. She has since portrayed Jacqueline Kennedy in the biopic Jackie (2016), gaining her third Academy Award nomination, and a biologist in the science fiction film Annihilation (2018).

Portman’s directorial ventures include the short film Eve (2008) and the biographical drama A Tale of Love and Darkness (2015). She is vocal about the politics of America and Israel, and is an advocate for animal rights and environmental causes. She is married to dancer and choreographer Benjamin Millepied, with whom she has two children.

Personal life and in the media

Portman with husband Benjamin Millepied in 2012

Portman is married to French danseur and choreographer Benjamin Millepied, with whom she has two children, son Aleph (b. 2011) and daughter Amalia (b. 2017). The couple began dating in 2009, after having met while working together on the set of Black Swan, and wed in a Jewish ceremony held in Big Sur, California on August 4, 2012. The family lived in Paris for a time, after Millepied accepted the position of director of dance with the Paris Opera Ballet, and Portman expressed a desire to become a French citizen. They currently reside in Los Angeles.

In 2006, she commented that she felt more Jewish in Israel and that she would like to raise her children Jewish: “A priority for me is definitely that I’d like to raise my kids Jewish, but the ultimate thing is to have someone who is a good person and who is a partner.”

In 2010, Portman signed on with Dior and appeared in several of the company’s advertising campaigns. In October 2012, Britain’s Advertising Standards Authority banned a Dior advertisement that featured Portman wearing Dior mascara after a complaint from Dior’s competitor, L’Oreal. The ASA ruled that the photographs of Portman “misleadingly exaggerated the likely effects of the product”.