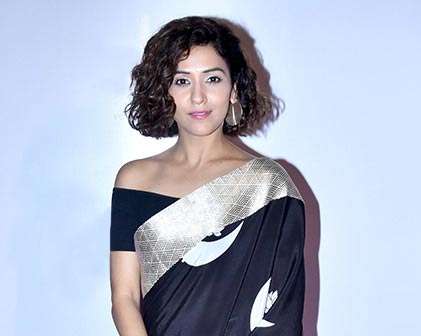 Neeti Mohan (born 18 November 1979) is an Indian singer. She sings mainly in Hindi films, but has also done songs in Tamil, Telugu, Kannada, Bengali, Marathi, Punjabi, and English. Born in Delhi, she was one of the winners of the Channel V’s reality show Popstars, subsequently being chosen for Aasma, with other winners of the show. She rose to prominence after recording “Ishq Wala Love” from Student of the Year (2012), ultimately winning the Filmfare RD Burman Award for New Music Talent and was nominated for the Best Female Playback Singer for “Jiya Re” from Jab Tak Hai Jaan (2012).

Her rendition of six jazz tracks in the soundtrack album of Amit Trivedi’s Bombay Velvet (2015) received positive response from the music critics. The following year, she received her second Filmfare nomination with the song “Sau Aasmaan” from Baar Baar Dekho (2016). In that year, Mohan appeared as a coach in the 1st season of The Voice India Kids and the second season of The Voice India. Besides her career in music, she has also been involved in various charities and social causes.

Neeti Mohan was born in Delhi. Her father, Brij Mohan Sharma, is a government officer and her mother, Kusum, is a homemaker. Neeti Mohan is the eldest of four sisters; Shakti Mohan, Mukti Mohan and Kriti Mohan. Neeti Mohan initiated in learning music at the Gandharva Mahavidyalaya. During the time, she was involved in dramatics and dancing; considering singing as a “serious hobby”.

During her school days, Mohan was part of the school band, and participated in Delhi Republic Day parade for five years in a row. Convinced by her father, Mohan participated in many extra-curricular activities during her school; singing, dancing, performing in the band and theatre. She was adjudged best cadet in the National Cadet Corps of India and represented India as Youth Exchange Programme cadet. Later, she learnt music formally at the Bhatkhande Music Institute and continued training in Mumbai with Rajashree Pathak, for five years. Apart from training in singing, Mohan studied dancing with her two sisters. She trained in Bharata Natyam and Kathak under the supervision of Ashley Lobo. Besides training kids to dance, Mohan worked as an instructor there. Mohan graduated in philosophy from Miranda House, University of Delhi.

In 2003, Mohan was one of the winners of Channel V’s reality television show Popstars, subsequently being chosen for Aasma—a pop group formed with the other winners of the show—where she got the chance to perform with Bryan Adams. Insisted by Deepak Gattani, who manages A.R. Rahman’s concert tours, While she was assisting Lobo, he proffered Mohan to be featured in a supporting role in Imtiaz Ali-directed film, Socha Na Tha (2005), while Lobo was working as the choreographer in the film. In 2009, Mohan participated in the Star Plus show Music Ka Maha Muqqabla, where she was part of the winning team “Shankar’s Rockstars” led by Shankar Mahadevan. She tied the knot with actor Nihaar Pandya on 15 Feb 2019.

Regarding Mohan’s voice type, The Indian Express wrote that she has a “high pitched”, “raw” vocal structure. According to Amitabh Bhattacharya, Mohan’s voice has the “right kind of jazz sensibilities with a certain Hindustaniyat”. Mohan mentioned that her classical training taught her how to approach a song in “different octaves”. She explored more about texture of voice and harmony through her time at Aasma. Complimenting her Jazz vocals in Bombay Velvet, The Indian Express stated “If “Ka Kha Gha” shows Mohan’s range, “Dhadam Dhadam” gets melancholy a voice”. During her career, she performed various genres of songs, though she loves “singing melodies the most”. In an interview, Mohan expressed her keen to explore bhajans.

Mohan has said that from chidhood she has been influenced by Lata Mangeshkar, Asha Bhosle and Kishore Kumar. She considered Mangeshkar as her “greatest teacher for playback”, while she credited A. R. Rahman for making her sustain her standard; “He is a task master but he gets the best out of you. His standards are very high, be it a recording or live performance”. Mohan has also been influenced by many artists outside the country. She considered herself as a fan of John Mayer for his inspiring style of writing lyrics. Mohan credits the 1971 released song “Imagine” by John Lennon for inspiring on achieving her dreams with the “right kind of dedication”.

Besides her career in music, Mohan has also contributed to various charities. In October 2014, she performed at the “Hum Hain Umeed E Kashmir” concert in Ballia, in an appeal for donation to support rehabilitation of those who suffered during the Kashmir flood. The same month, Mohan took part in the musical concert held in New Delhi for raising funds for the flood affected people of Assam. In June 2016, she performed at Smile Foundation’s charity gala dinner, to support the cause of empowerment of underprivileged children and youth. In January 2017, she collaborated with United Nations on a project aimed at empowering women, ending human trafficking and promoting gender equality. Her single “Udne De” was selected for the United Nations Voluntary Trust Fund Project titled “Music to Inspire-Artists united against Human Trafficking”.