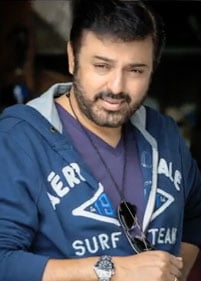 Noman Ijaz (Urdu: نُعمان اعجاز‎) is a Pakistani television and film actor as well as a TV anchorperson and TV show presenter. Active since 1988, he has played several roles and has been a senior actor on state Television PTV.

Ijaz grew up in Icchra town, Lahore. His father worked in a movie theatre as a manager. He started his education at Cathedral High School, Lahore. Later he attended Divisional Public School, Model Town, Lahore. He completed his education from Forman Christian College and did Law from Punjab University. He started his acting career in a small appearance in a drama serial in 1988.

Noman Ijaz began his acting career with PTV with a short appearance in the direction of Pakistani TV director Nusrat Thakur. He then did a TV serial from PTV Quetta Centre. He then appeared in many different roles, including negative roles in the dramas Rihaee and Ullu Baraye Farokht Nahi. He then appeared in film Ramchand Pakistani (2008) where he romanced Nandita Das. Noman Ijaz hosted a TV comedy show on PTV Home. In 2012, Noman Ijaz received a Pride of Performance award from the President of Pakistan, Asif Ali Zardari.

In 2014, he hosted a TV comedy show called Mazaaq Raat on Dunya news .