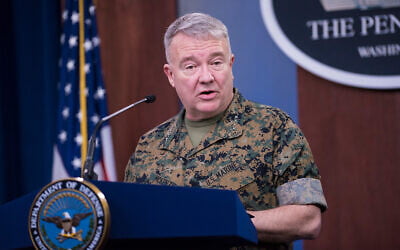 Washington: The head of the US Central Command, General Keith F. Mackenzie, has expressed concern over the reactivation of Al Qaeda and ISIS in Afghanistan. He said that after the withdrawal, Pakistan is in danger of terrorists.

Responding to a question from reporters at the Pentagon, General Mackenzie said that al-Qaeda and ISIS could reactivate in Afghanistan, which is a matter of grave concern to countries in the region, especially Pakistan.

According to the BBC, US General Keith F. Mackenzie said that stability in Afghanistan is in the interest of all countries in the region. However, if pressure is not maintained, al-Qaeda and Islamic State could regroup in Afghanistan.

US General Keith F. Mackenzie said the Taliban had assured him that they would not allow the group to use Afghan territory. Hopefully, if the Taliban become part of the Afghan government in the future, they will keep their promise.

“We do not yet know what the Afghan government will look like because the Taliban have refused to participate in the Afghan peace talks and these talks have been temporarily stalled,” he said.