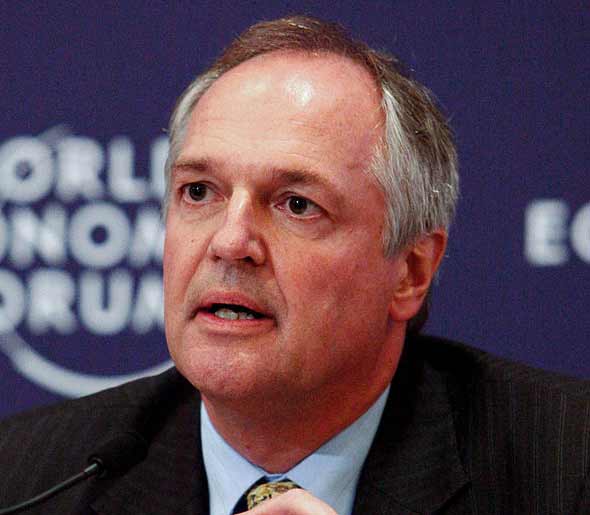 Paulus Gerardus Josephus Maria Polman KBE (born 11 July 1956) is a Dutch businessman. He is a former Procter & Gamble president for Western Europe. In 2006 Polman joined Nestlé as chief financial officer and became vice president for the Americas in February 2008. From 2009 to 2019, he was the chief executive officer (CEO) of the British-Dutch consumer goods company Unilever. In 2019, he created a new organization called Imagine, along with co-founders Valerie Keller and Jeff Seabright, to help businesses “eradicate poverty and inequality and stem runaway climate change.”

Polman was born and grew up in the Dutch city of Enschede, in a Catholic family with three brothers and two sisters, the son of a tyre company executive father and a former schoolteacher mother.

Polman had hoped to become a doctor, but medical school places were allocated by lottery and he was not chosen.[6] Instead, he studied at the University of Groningen, graduating with a BBA/BA in 1977. He completed his MA in Economics and MBA in Finance and International Marketing in 1979 at University of Cincinnati.

In June 2014 Polman received his honorary doctorate during the 400th anniversary of the University of Groningen.

On May 18, 2018, Polman received his Honorary Doctorate of Humane Letters from George Mason University. As the day’s Commencement speaker, Dr. Polman declared, “Any system where too many feel they are not participating or are left behind will ultimately rebel against itself.” Capturing the spirit of his own sense of purpose, he continued, “The world we want will only be achieved when we choose action over indifference, courage over comfort, and solidarity over division.”

Polman then joined Nestlé in 2006 as chief financial officer and head of the Americas.

On 1 January 2009, Polman succeeded Patrick Cescau as chief executive officer of Unilever. Under Polman’s leadership, Unilever has set a target to decouple its growth from its overall environmental footprint and improve its social impact through the Unilever Sustainable Living Plan. Polman has argued that, in a volatile world of finite resources, running a business sustainably is vital for its long-term growth[15] and also mitigates risk and reduces costs. Unilever has now seen eight years of top line growth, averaging twice the rate of overall market growth, whilst improving the bottom line and delivering a total shareholder return of 290%. Bernstein’s 2017 Blackbook entitled ‘European Food and HPC: 10-Year Global Market Share Analysis’ rated Unilever top-of-class for absolute market share gains (ex-M&A) and a proportion of its categories with gains. It also compared medium-term operating expectations to current valuations, leading to an Outperform rating on Unilever. Some shareholders, however, have worried that Polman’s focus on sustainability has become more important to him than the financial performance of Unilever after the company missed sales targets for six out of eight quarters in 2013 and 2014. Polman, who scrapped short-term targets at the company, has argued that the failure to meet targets is a result of erratic currency fluctuations and the slow-down in emerging markets since 2013. Paul Polman has said that he has ambitions to increase the company’s sales in emerging markets from the current 57% (47% in 2008) to 70% of turnover. Procter & Gamble, by contrast, make only 37% of sales in emerging markets and Nestlé 43%. In 2009, Polman decided to make many significant management changes in order to improve Unilever’s revenue in each of its business pillars.

In 2018, Unilever supported the abolition of Dutch dividend-tax, even though over 80% of Dutch citizens were against the tax-cut as it meant a loss of about 2 billion euros of tax-revenue a year for the Dutch state. In October 2018, it was announced Unilever has cancelled plans to move headquarters from London to Rotterdam. In November 2018, Polman announced he was stepping down as chief executive officer of Unilever at the end of 2018 with Alan Jope succeeding him.

In July 2019, Polman announced the formation of a new group – Imagine – to help combat poverty and climate change. The foundation and corporation aims to help companies meet UN global goals for sustainable development.