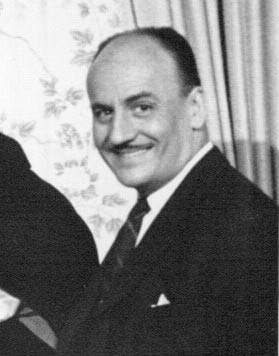 Pierre Alexandre Claudius Balmain (18 May 1914 – 29 June 1982) was a French fashion designer and founder of leading post-war fashion house Balmain. Known for sophistication and elegance, he described the art of dressmaking as “the architecture of movement.”

Balmain’s father, who died when the future designer was seven years old, was the owner of a wholesale drapery business. His mother Françoise ran a fashion boutique called Galeries Parisiennes with her sisters. He went to school at Chambéry and, during weekends with his uncle in the spa town of Aix-les-Bains, his interest in couture fashion was inspired by society women he met.

After visiting the studio of Edward Molyneux in 1934, he was offered a job, leaving his studies and working for the designer for the succeeding five years. He joined Lucien Lelong during World War II – where he met the young designer Christian Dior.

Pierre Balmain died at the age of 68 of liver cancer at the American Hospital of Paris, having just completed the sketches for his fall collection.