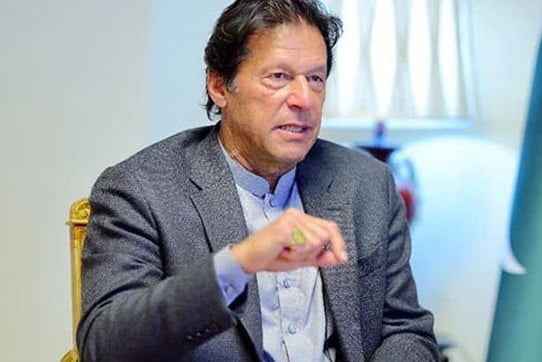 ISLAMABAD: Prime Minister Imran Khan has convened an important meeting on his return from Saudi Arabia.

According to details, Prime Minister Imran Khan has returned home after completing his visit to Saudi Arabia. Federal Minister Fawad Chaudhry, Asad Umar and Shehzad Akbar will participate in the meeting.

Pakistan Tehreek-e-Insaf leader and Senator Faisal Javed Khan also made his statement on social media. Reporting on the return of the Prime Minister, I said that Pakistan and Saudi Arabia have reaffirmed their commitment to further strengthen economic, trade and diplomatic relations.

Prime Minister Imran Khan and First Lady Bushra Imran performed Umrah during their visit to Saudi Arabia and performed Nawafil inside the Kaaba.

The Prime Minister paid tribute to King Salman bin Abdulaziz of Saudi Arabia for providing state-of-the-art facilities to the pilgrims during his visit and also called on the Imam of Kaaba.

The whole of Pakistan was with him. Whoever wants change, I give good news that a new Pakistan will come soon.