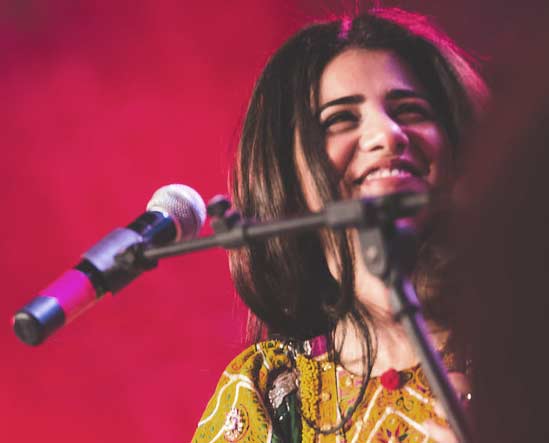 Balouch has no formal music education. She grew up listening to Nusrat Fateh Ali Khan, Muhammad Juman, Pathanay Khan and others.

Her singing career started with her cover of Reshma’s “Ankhian Nu Ren De” in 2011. She came to be known when she was featured in Coke Studio with Jal for a song “Panchi”. She rose to fame after her award-winning performance of “Woh Humsafar Tha” for 2011 drama serial Humsafar.

In 2012, she represented her country in a live performance with the BBC Philharmonic Orchestra. In 2016, she made her debut in Bollywood with song “Kaari Kaari” in film Pink.