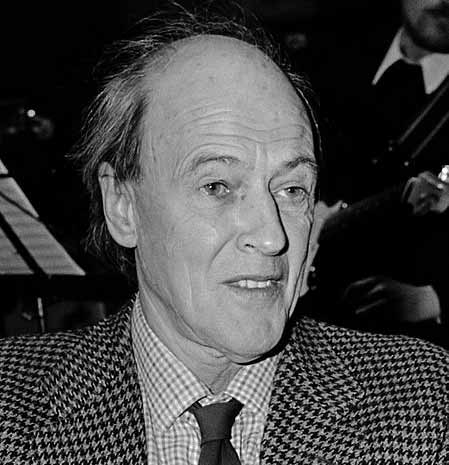 Dahl was born in Wales to Norwegian immigrant parents. He served in the Royal Air Force during the Second World War. He became a fighter ace, scoring 5 confirmed victories, and, subsequently, an intelligence officer, rising to the rank of acting wing commander. He rose to prominence as a writer in the 1940s with works for children and for adults, and he became one of the world’s best-selling authors. He has been referred to as “one of the greatest storytellers for children of the 20th century”. His awards for contribution to literature include the 1983 World Fantasy Award for Life Achievement and the British Book Awards’ Children’s Author of the Year in 1990. In 2008, The Times placed Dahl 16th on its list of “The 50 greatest British writers since 1945”.

Dahl’s short stories are known for their unexpected endings, and his children’s books for their unsentimental, macabre, often darkly comic mood, featuring villainous adult enemies of the child characters. His books champion the kindhearted and feature an underlying warm sentiment. His works for children include James and the Giant Peach, Charlie and the Chocolate Factory, Matilda, The Witches, Fantastic Mr Fox, The BFG, The Twits, and George’s Marvellous Medicine. His adult works include Tales of the Unexpected.

Roald Dahl was born in 1916 at Villa Marie, Fairwater Road, in Llandaff, Cardiff, Wales to Norwegians Harald Dahl and Sofie Magdalene Dahl (née Hesselberg). Dahl’s father had immigrated to the UK from Sarpsborg in Norway and settled in Cardiff in the 1880s with his first wife, a Frenchwoman named Marie Beaurin-Gresser. They had two children together (Ellen Marguerite and Louis) before her death in 1907. His mother immigrated to the UK and married his father in 1911. Dahl was named after Norwegian polar explorer Roald Amundsen. His first language was Norwegian, which he spoke at home with his parents and his sisters Astri, Alfhild, and Else. The children were raised in the Lutheran faith and were baptised at the Norwegian Church, Cardiff.

Dahl’s sister Astri died from appendicitis at age 7 in 1920 when Dahl was three years old, and his father died of pneumonia at age 57 several weeks later. Later that year, his younger sister Asta was born. Dahl’s mother decided to remain in Wales instead of returning to Norway to live with relatives, as her husband had wanted their children to be educated in English schools, which he considered the world’s best.

Dahl first attended The Cathedral School, Llandaff. At age eight, he and four of his friends were caned by the headmaster after putting a dead mouse in a jar of gobstoppers at the local sweet shop, which was owned by a “mean and loathsome” old woman named Mrs. Pratchett. The five boys named their prank the “Great Mouse Plot of 1924”. Gobstoppers were a favourite sweet among British schoolboys between the two World Wars, and Dahl referred to them in his fictional Everlasting Gobstopper which was featured in Charlie and the Chocolate Factory.

Dahl transferred to St. Peter’s boarding school in Weston-super-Mare. His parents had wanted him to be educated at an English public school, and this proved to be the nearest because of the regular ferry link across the Bristol Channel. Dahl’s time at St. Peter’s was unpleasant; he was very homesick and wrote to his mother every week but never revealed his unhappiness to her. After her death in 1967, he learned that she had saved every one of his letters; they were broadcast in abridged form as BBC Radio 4’s Book of the Week in 2016 to mark the centenary of his birth. Dahl wrote about his time at St. Peter’s in his autobiography Boy: Tales of Childhood.

After finishing his schooling, in August 1934 Dahl crossed the Atlantic on the RMS Nova Scotia and hiked through Newfoundland with the Public Schools Exploring Society.

In July 1934, Dahl joined the Shell Petroleum Company. Following two years of training in the United Kingdom, he was assigned first to Mombasa, Kenya, then to Dar-es-Salaam, Tanganyika (now part of Tanzania). Along with the only two other Shell employees in the entire territory, he lived in luxury in the Shell House outside Dar es Salaam, with a cook and personal servants. While out on assignments supplying oil to customers across Tanganyika, he encountered black mamba snakes and lions, among other wildlife.

Dahl married American actress Patricia Neal on 2 July 1953 at Trinity Church in New York City. Their marriage lasted for 30 years and they had five children:

On 5 December 1960, four-month-old Theo Dahl was severely injured when his baby carriage was struck by a taxicab in New York City. For a time, he suffered from hydrocephalus. As a result, his father became involved in the development of what became known as the “Wade-Dahl-Till” (or WDT) valve, a device to improve the shunt used to alleviate the condition. The valve was a collaboration between Dahl, hydraulic engineer Stanley Wade, and London’s Great Ormond Street Hospital neurosurgeon Kenneth Till, and was used successfully on almost 3,000 children around the world.

In November 1962, Dahl’s daughter Olivia died of measles encephalitis, age seven. Her death left Dahl “limp with despair”, and feeling guilty about not having been able to do anything for her. Dahl subsequently became a proponent of immunisation and dedicated his 1982 book The BFG to his daughter. After Olivia’s death and a meeting with a Church official, Dahl came to view Christianity as a sham. While mourning her loss, he had sought spiritual guidance from Geoffrey Fisher, the former Archbishop of Canterbury. He was dismayed by Fisher telling him that, although Olivia was in Paradise, her beloved dog Rowley would never join her there. Dahl recalled years later: “I wanted to ask him how he could be so absolutely sure that other creatures did not get the same special treatment as us. I sat there wondering if this great and famous churchman really knew what he was talking about and whether he knew anything at all about God or heaven, and if he didn’t, then who in the world did?

In 1965, his wife Patricia Neal suffered three burst cerebral aneurysms while pregnant with their fifth child, Lucy. Dahl took control of her rehabilitation over the next months; Neal had to re-learn to talk and walk, but she managed to return to her acting career. This period of their lives was dramatised in the film The Patricia Neal Story (1981), in which the couple were played by Glenda Jackson and Dirk Bogarde.

Dahl’s first published work, inspired by a meeting with C. S. Forester, was “A Piece of Cake”, on 1 August 1942. The story, about his wartime adventures, was bought by The Saturday Evening Post for US$1,000 (a substantial sum in 1942) and published under the title “Shot Down Over Libya”.

His first children’s book was The Gremlins, published in 1943, about mischievous little creatures that were part of Royal Air Force folklore.[93] The RAF pilots blamed the gremlins for all the problems with the aircraft. While at the British Embassy in Washington, Dahl sent a copy to the First Lady Eleanor Roosevelt who read it to her grandchildren, and the book was commissioned by Walt Disney for a film that was never made. Dahl went on to write some of the best-loved children’s stories of the 20th century, such as Charlie and the Chocolate Factory, Matilda, James and the Giant Peach, The Witches, Fantastic Mr Fox, The BFG, The Twits and George’s Marvellous Medicine.

Dahl also had a successful parallel career as the writer of macabre adult short stories, which often blended humour and innocence with surprising plot twists.[96] The Mystery Writers of America presented Dahl with three Edgar Awards for his work, and many were originally written for American magazines such as Collier’s (“The Collector’s Item” was Collier’s Star Story of the week for 4 September 1948), Ladies Home Journal, Harper’s, Playboy and The New Yorker.[97] Works such as Kiss Kiss subsequently collected Dahl’s stories into anthologies, and gained significant popularity. Dahl wrote more than 60 short stories; they have appeared in numerous collections, some only being published in book form after his death. His three Edgar Awards were given for: in 1954, the collection Someone Like You; in 1959, the story “The Landlady”; and in 1980, the episode of Tales of the Unexpected based on “Skin”.

Roald Dahl died on 23 November 1990, at the age of 74 of a rare cancer of the blood, myelodysplastic syndrome, in Oxford, and was buried in the cemetery at the Church of St Peter and St Paul, Great Missenden, Buckinghamshire, England. According to his granddaughter, the family gave him a “sort of Viking funeral”. He was buried with his snooker cues, some very good burgundy, chocolates, HB pencils and a power saw. Today, children continue to leave toys and flowers by his grave.[131] In November 1996, the Roald Dahl Children’s Gallery was opened at the Buckinghamshire County Museum in nearby Aylesbury. The main-belt asteroid 6223 Dahl, discovered by Czech astronomer Antonín Mrkos, was named in his memory in 1996.

In 2002, one of Cardiff Bay’s modern landmarks, the Oval Basin plaza, was renamed Roald Dahl Plass. Plass is Norwegian for “place” or “square”, alluding to the writer’s Norwegian roots. There have also been calls from the public for a permanent statue of him to be erected in Cardiff.[135] In 2016, the city celebrated the centenary of Dahl’s birth in Llandaff. Welsh Arts organisations, including National Theatre Wales, Wales Millennium Centre and Literature Wales, came together for a series of events, titled Roald Dahl 100, including a Cardiff-wide City of the Unexpected, which marked his legacy.

Dahl’s charitable commitments in the fields of neurology, haematology and literacy during his life have been continued by his widow since his death, through Roald Dahl’s Marvellous Children’s Charity, formerly known as the Roald Dahl Foundation.[105] The charity provides care and support to seriously ill children and young people throughout the UK. In June 2005, the Roald Dahl Museum and Story Centre in the author’s home village Great Missenden was officially opened by Cherie Blair, wife of UK Prime Minister Tony Blair, to celebrate the work of Roald Dahl and advance his work in literacy education.[137] Over 50,000 visitors from abroad, mainly from Australia, Japan, the United States and Germany, travel to the village museum every year.