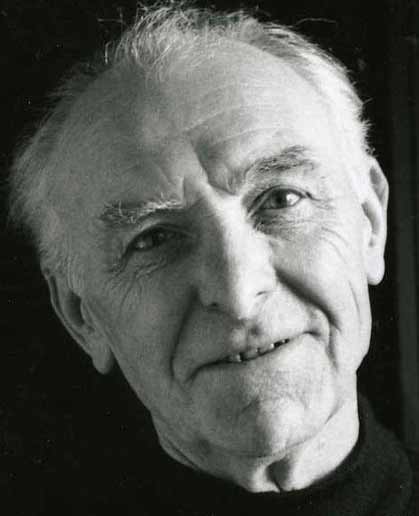 Robert Doisneau (14 April 1912 – 1 April 1994) was a French photographer. In the 1930s, he made photographs on the streets of Paris. He was a champion of humanist photography and with Henri Cartier-Bresson a pioneer of photojournalism.

Doisneau is renowned for his 1950 image Le baiser de l’hôtel de ville (The Kiss by the City Hall), a photograph of a couple kissing on a busy Parisian street.

He was appointed a Chevalier (Knight) of the Legion of Honour in 1984 by then French president, François Mitterrand.

Doisneau was known for his modest, playful, and ironic images of amusing juxtapositions, mingling social classes, and eccentrics in contemporary Paris streets and cafes. Influenced by the work of André Kertész, Eugène Atget, and Henri Cartier-Bresson, in more than twenty books he presented a charming vision of human frailty and life as a series of quiet, incongruous moments.

The marvels of daily life are so exciting; no movie director can arrange the unexpected that you find in the street.

Doisneau’s work gives unusual prominence and dignity to children’s street culture; returning again and again to the theme of children at play in the city, unfettered by parents. His work treats their play with seriousness and respect.

Doisneau’s father, a plumber, died in active service in World War I when Robert was about four. His mother died when he was seven. He then was raised by an unloving aunt.

At thirteen he enrolled at the École Estienne, a craft school from which he graduated in 1929 with diplomas in engraving and lithography. There he had his first contact with the arts, taking classes in figure drawing and still life.

When he was 16 he took up amateur photography, but was reportedly so shy that he started by photographing cobble-stones before progressing to children and then adults.

At the end of the 1920s Doisneau found work as a draughtsman (lettering artist) in the advertising industry at Atelier Ullmann (Ullmann Studio), a creative graphics studio that specialised in the pharmaceutical industry. Here he took an opportunity to change career by also acting as camera assistant in the studio and then becoming a staff photographer.

Photography in the 1930s

In 1931 he left both the studio and advertising, taking a job as an assistant with the modernist photographer André Vigneau.

In 1932, he sold his first photographic story to Excelsior magazine.

In 1934, he began working as an industrial advertising photographer for the Renault car factory at Boulogne-Billancourt. Working at Renault increased Doisneau’s interest in working with photography and people. Five years later in 1939, he was dismissed because he was constantly late. He was forced to try freelance advertising, engraving, and postcard photography to earn his living. At that time the French postcard industry was the largest in Europe, postcards served as greetings cards as well as vacation souvenirs.[6] In 1991 he said that the years at the Renault car factory marked “the beginning of his career as a photographer and the end of his youth.”

In 1939, he was later hired by Charles Rado of the Rapho photographic agency and traveled throughout France in search of picture stories. This is where he took his first professional street photographs.

In 1936 Doisneau married Pierrette Chaumaison whom he had met in 1934 when she was cycling through a village where he was on holiday. They had two daughters, Annette (b. 1942) and Francine (b. 1947). From 1979 until his death, Annette worked as his assistant.

Doisneau was in many ways a shy and humble man, similar to his photography, still delivering his own work at the height of his fame. He chastised Francine for charging an “indecent” daily fee of £2,000 for his work on a beer advertising campaign – he wanted only the rate of an “artisan photographer”.