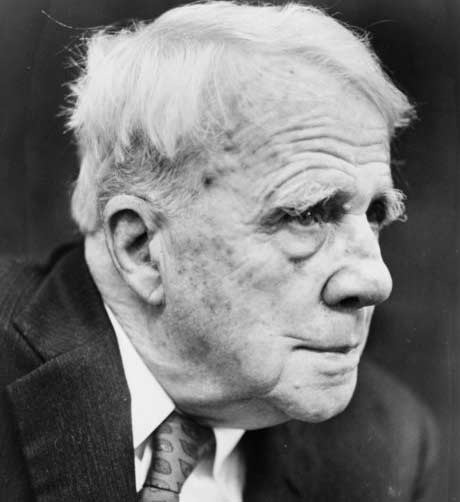 Poems: The Road Not Taken, etc

Robert Lee Frost (March 26, 1874 – January 29, 1963) was an American poet. His work was initially published in England before it was published in America. Known for his realistic depictions of rural life and his command of American colloquial speech, Frost frequently wrote about settings from rural life in New England in the early twentieth century, using them to examine complex social and philosophical themes.

Frost was honored frequently during his lifetime and is the only poet to receive four Pulitzer Prizes for Poetry. He became one of America’s rare “public literary figures, almost an artistic institution.” He was awarded the Congressional Gold Medal in 1960 for his poetic works. On July 22, 1961, Frost was named poet laureate of Vermont.

Robert Frost was born in San Francisco, California, to journalist William Prescott Frost, Jr., and Isabelle Moodie. His mother was a Scottish immigrant, and his father descended from Nicholas Frost of Tiverton, Devon, England, who had sailed to New Hampshire in 1634 on the Wolfrana.

Frost’s father was a teacher and later an editor of the San Francisco Evening Bulletin (which later merged with The San Francisco Examiner), and an unsuccessful candidate for city tax collector. After his death on May 5, 1885, the family moved across the country to Lawrence, Massachusetts, under the patronage of Robert’s grandfather William Frost, Sr., who was an overseer at a New England mill. Frost graduated from Lawrence High School in 1892. Frost’s mother joined the Swedenborgian church and had him baptized in it, but he left it as an adult.

Although known for his later association with rural life, Frost grew up in the city, and he published his first poem in his high school’s magazine. He attended Dartmouth College for two months, long enough to be accepted into the Theta Delta Chi fraternity. Frost returned home to teach and to work at various jobs, including helping his mother teach her class of unruly boys, delivering newspapers, and working in a factory maintaining carbon arc lamps. He did not enjoy these jobs, feeling his true calling was poetry.

Robert Frost’s personal life was plagued by grief and loss. In 1885 when he was 11, his father died of tuberculosis, leaving the family with just eight dollars. Frost’s mother died of cancer in 1900. In 1920, he had to commit his younger sister Jeanie to a mental hospital, where she died nine years later. Mental illness apparently ran in Frost’s family, as both he and his mother suffered from depression, and his daughter Irma was committed to a mental hospital in 1947. Frost’s wife, Elinor, also experienced bouts of depression.

Includes poems from first three volumes and the poem The Runaway