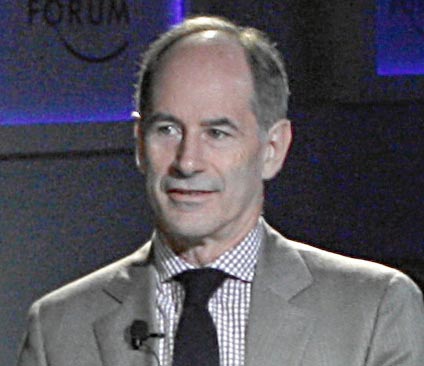 Roger Martin CM (born 4 August 1956) was the Dean of the Rotman School of Management at the University of Toronto from 1998 to 2013 and an author of several business books. Martin has expanded several important business concepts in use today, including integrative thinking. He has been recognized by several business publications as one of the field’s most important thinkers.

Martin began his career at Monitor Group, the global management consulting firm based in Cambridge, Massachusetts. He spent 13 years at Monitor, becoming a director, founding their Canadian office and their educational arm, Monitor University. He served as the co-head of the firm for two years.

Martin was appointed dean of the Rotman School of Management in September 1998. He started his third term as dean in May 2011 but he announced his resignation a year early, to take effect on June 2013.

After he stepped down as dean of Rotman, he took up a leadership position at the Martin Prosperity Institute, where he will focus his research on the future of democratic capitalism.

Roger Martin currently served on several boards, including Thomson Reuters Corporation, the Skoll Foundation and Tennis Canada. He was previously a director of BlackBerry Ltd (formerly Research In Motion Limited (RIM)) from 2007 until November 25, 2013.

Martin is a regular columnist for Businessweek’s Innovation and Design Channel, the Washington Post’s On Leadership blog and the Financial Times’ Judgement Call column. He has written fifteen Harvard Business Review articles.

He has focused much of his recent work and research on integrative thinking, business design and most recently corporate responsibility and more broadly the role of the corporation in our society. Roger Martin has written four books, The Responsibility Virus (2003), The Opposable Mind (2009), The Design of Business (2009), and Fixing the Game (2011) and has co-authored books with Mihnea Moldoveanu, The Future of the MBA (2008) and Diaminds (2009), James Milway, Canada: What It Is, What It Can Be (2012), and A.G. Lafley, former CEO of Procter & Gamble, Playing to Win (2013).

In 2019, Thinkers50 ranked him the second most influential management thinker in the world. In 2017, he was ranked number one.