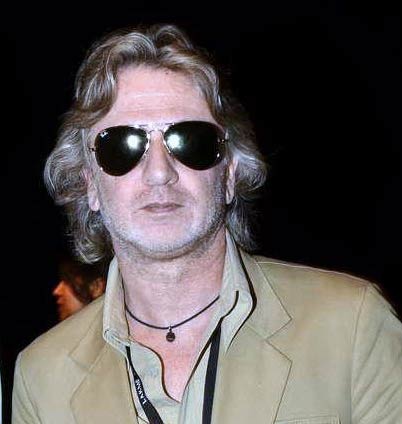 Rohit Bal (born 8 May 1961) is a fashion designer from New Delhi, India. He designs for both men and women.
Rohit Bal was born in Srinagar, Jammu & Kashmir. He graduated from Burn Hall School, Srinagar and then received a bachelor’s degree in history from St. Stephens College. He went on to study fashion at National Institute of Fashion Technology, Delhi.

Rohit Bal started his career with his brother Rajiv Bal in New Delhi in 1986 the Company Orchid Oversea Pvt.Ltd, and started his own first independent collection in 1990.

Bal was also chosen by the Khadi Gram Udyog, the largest handloom textile operation in Panchkula, to work with them.

Bal opened a flagship store in Delhi, as well as stores in Mumbai, Bangalore, Ahmedabad, Kolkata and Chennai. Bal has also ventured into designing jewellery. He is best known for his use of lotus and peacock motifs. He frequently uses rich fabrics like velvet, brocade and his designs are elaborate, inspired by Indian grandeur and royalty.

He has an international client base that includes Cindy Crawford, Pamela Anderson and Uma Thurman among various Indian celebrities. He is also an ambassador for Omega watches.