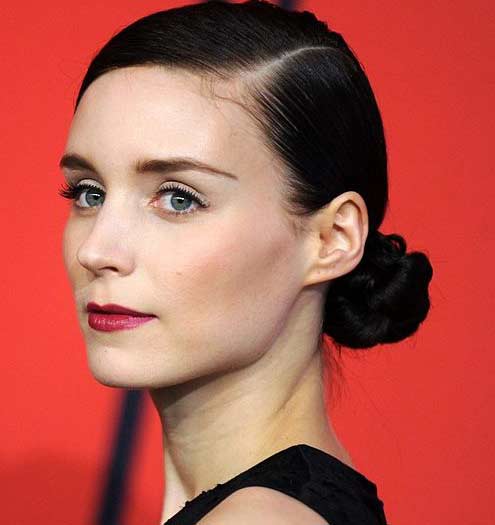 Patricia Rooney Mara (born April 17, 1985) is an American actress. Born into the Rooney and Mara sports business families, she graduated from the Gallatin School of Individualized Study in 2010. She began acting in television and independent films, such as the coming-of-age drama Tanner Hall (2009), and first gained recognition for a supporting role in David Fincher’s biographical drama The Social Network (2010).

Mara had a career breakthrough when she starred as Lisbeth Salander in Fincher’s thriller The Girl with the Dragon Tattoo (2011), which earned her a nomination for the Academy Award for Best Actress. Her career progressed with leading roles in the thriller Side Effects (2013), the science fiction romance Her (2013), and the romantic drama Carol (2015). For the latter she won the Cannes Film Festival Award for Best Actress and received a nomination for the Academy Award for Best Supporting Actress. She has since appeared in the biographical drama Lion (2016), the supernatural drama A Ghost Story (2017), and portrayed Mary Magdalene in the biblical drama Mary Magdalene (2018).

Mara is known for her charity work and oversees the Uweza Foundation, which supports empowerment programs for children and families in the Kibera slum of Nairobi. She is also the founder of the vegan clothing line Hiraeth Collective.

Mara was born on April 17, 1985 and raised in Bedford, New York, a town in Westchester County about 40 miles (64 km) north of New York City. Mara’s mother’s family founded the Pittsburgh Steelers and her father’s family founded the New York Giants. Her father, Timothy Christopher Mara, is the senior vice president of player personnel for the New York Giants, and her mother, Kathleen McNulty (née Rooney), a part-time real estate agent. She is the third of four children: she has an older brother, Daniel, an older sister, Kate, who is also an actress, and a younger brother, Conor.

Mara’s father has Irish, German and French-Canadian ancestry, and her mother is of English, Irish and Italian descent. Her Rooney ancestors originated in Newry, County Down. Her paternal grandparents were Wellington Mara and Ann Mara. Wellington was the long-time co-owner of the Giants, who was succeeded in that position by his son (Rooney Mara’s uncle), John Mara. Rooney Mara’s maternal grandfather, Timothy James “Tim” Rooney, has run Yonkers Raceway & Empire City Casino in Yonkers, New York since 1972. Mara is the great-granddaughter of both New York Giants founder Tim Mara and Pittsburgh Steelers founder Art Rooney, Sr., as well as of Kathleen McNulty Rooney. Her granduncle, Dan Rooney, was chairman of the Steelers, the former United States Ambassador to Ireland, the co-founder of The Ireland Funds charitable organization, and the architect of American Football’s Rooney Rule. U.S. Representative Tom Rooney and former Florida State Representative Patrick Rooney Jr. are her cousins.

After graduating from Fox Lane High School in 2003, she went to Ecuador, Peru and Bolivia in South America for four months as part of the Traveling School, an open learning environment. She attended George Washington University for a year and then transferred to New York University’s Gallatin School of Individualized Study, where she studied psychology, international social policy and nonprofits, graduating in 2010.

Mara was inspired to act by seeing musical theatre and classic movies, like Gone with the Wind (1939), Rebecca (1940), and Bringing Up Baby (1938), with her mother. She also wanted to be like her sister, Kate Mara, a professional actress. Mara resisted pursuing acting as a child, stating to The Journal News that “it never seemed that honorable to me, and I guess I was always afraid that I might fail.” Her first and only role in high school was Juliet in Romeo and Juliet, which she got after being signed up to audition by a friend. Mara acted in a few student films while at NYU, and then began her career in acting, first auditioning at the age of nineteen.

Mara moved to Los Angeles in early 2007 and lived with her sister temporarily. Although they do not live together anymore, Mara felt that the experience brought them closer together, and as of 2010 were regularly discussing the film business and movie scripts. As of January 2012, Mara lived in the Los Feliz neighborhood of Los Angeles. She includes Gena Rowlands among the actresses who inspire her, especially her performances in A Woman Under the Influence (1974) and Opening Night (1977). She is a vegan.

Since late 2016, she has been dating American actor Joaquin Phoenix, her co-star in Her (2013), Don’t Worry, He Won’t Get Far on Foot (2018), and Mary Magdalene (2018). As of at least September 2017, they reside in the Hollywood Hills with their two dogs, Soda and Oskar. In July 2019, it was confirmed that they are engaged. In May 2020, it was reported that Mara was expecting her first child with Phoenix.