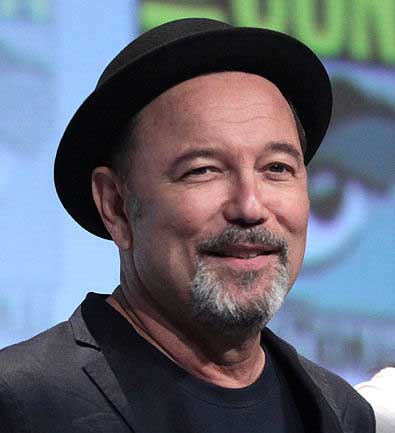 He is an icon in Panama and is much admired throughout Latin America and Spain, and managed to attract 17% of the vote in his failed attempt to win the Panamanian presidency in 1994. In September 2004, he was appointed minister of tourism by Panamanian president Martín Torrijos for a five-year term. He holds a Bachelor of Arts’ Law degree from the University of Panama and an LL.M in International Law from Harvard University. He is married to singer Luba Mason.

Blades was born July 16, 1948, in Panama City, Panama. He is the son of Cuban musician and actress Anoland Díaz (real surname Bellido de Luna), and Colombian Rubén Darío Blades, Sr., an athlete, percussionist and graduate of the Federal Bureau of Narcotics in Washington, D.C. His mother’s great-uncle, Juan Bellido de Luna, was active in the Cuban revolutionary movement against Spain and was a writer and publisher in New York City. Blades’s paternal grandfather, Rubén Blades, was an English-speaking native of St. Lucia who came to Panama as an accountant. His family is uncertain how the Blades family ended up in St. Lucia, but when his grandfather moved to Panama, he lived in the Panamanian Bocas del Toro Province. Ruben Blades thought that his grandfather had come to Panama to work on the Panama Canal, as he tells in the song “West Indian Man” on the album Amor y Control (“That’s where the Blades comes from”) (1992). He explains the source and the pronunciation of his family surname, which is of English origin, in his web show Show De Ruben Blades (SDRB).

In Blades’s early days, he was a vocalist in Los Salvajes del Ritmo and also a songwriter and guest singer with a professional Latin music conjunto, Bush y sus Magníficos. His strongest influence of the day was the Joe Cuba sextet and Cheo Feliciano, whose singing style he copied to the point of imitating his voice tone and vocal range.