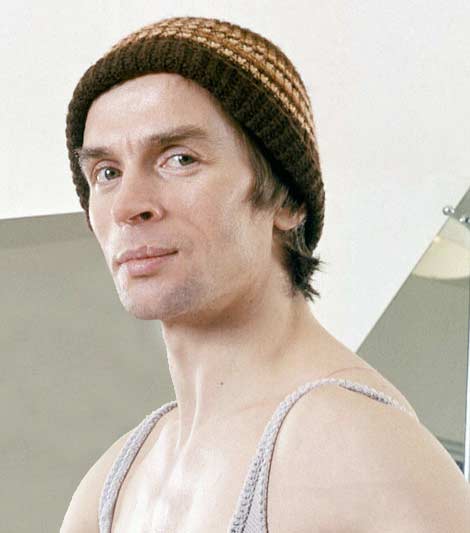 Rudolf Khametovich Nureyev (17 March 1938 – 6 January 1993) was a Soviet ballet dancer and choreographer. Nureyev is regarded by some as the greatest male ballet dancer of his generation.

Nureyev was born on a Trans-Siberian train near Irkutsk, Siberia, Soviet Union to a Bashkir-Tatar family. He began his early career with the company that in the Soviet era was called the Kirov Ballet (now called by its original name, the Mariinsky Ballet) in Leningrad. He defected from the Soviet Union to the West in 1961, despite KGB efforts to stop him. This was the first defection of a Soviet artist during the Cold War, and it created an international sensation. He went on to dance with The Royal Ballet in London and from 1983 to 1989 served as director of the Paris Opera Ballet. In addition to his technical prowess, Rudolf Nureyev was an accomplished choreographer serving as the chief choreographer of the Paris Opera Ballet. He produced his own interpretations of numerous classical works, including Swan Lake, Giselle, and La Bayadère.

Rudolf Nureyev was born on a Trans-Siberian train near Irkutsk, Siberia, while his mother, Farida, was travelling to Vladivostok, where his father Khamet, a Red Army political commissar, was stationed. He was raised as the only son with three older sisters in a Tatar Muslim family.

Rudolf Nureyev and Margot Fonteyn in the Grand adage from Nureyev's staging of the Petipa/Minkus The Kingdom of the Shades for the Royal Ballet, London, 1963.

Yvette Chauviré of the Paris Opera Ballet often danced with Nureyev; he described her as a “legend”. (Chauviré attended his funeral with French dancer and actress Leslie Caron.)

At the Royal Ballet, Rudolf Nureyev and Margot Fonteyn became long-standing dance partners. Nureyev once said of Fonteyn, who was 19 years older than he, that they danced with “one body, one soul”. Together Nureyev and Fonteyn premiered Sir Frederick Ashton’s ballet Marguerite and Armand, a ballet danced to Liszt’s Piano Sonata in B minor, which became their signature piece. Kenneth MacMillan was forced to allow them to premiere his Romeo and Juliet, which was intended for two other dancers, Lynn Seymour and Christopher Gable. Films exist of their partnership in Les Sylphides, Swan Lake, Romeo and Juliet, and other roles. They continued to dance together for many years after Nureyev’s departure from the Royal Ballet. Their last performance together was in Baroque Pas de Trois on 16 September 1988 when Fonteyn was 69, Nureyev was aged 50, with Carla Fracci, aged 52, also starring.

He celebrated another long-time partnership with Eva Evdokimova. They first appeared together in La Sylphide (1971) and in 1975 he selected her as his Sleeping Beauty in his staging for London Festival Ballet. Evdokimova remained his partner of choice for many guest appearances and tours across the globe with “Nureyev and Friends” for more than fifteen years.

Nureyev in his dressing room c. 1974, by Allan Warren

Rudolf Nureyev did not have much patience with rules, limitations and hierarchical order and had at times a volatile temper. He was apt to throw tantrums in public when frustrated. His impatience mainly showed itself when the failings of others interfered with his work.

He socialized with Gore Vidal, Freddie Mercury, Jackie Kennedy Onassis, Mick Jagger, Liza Minnelli, Andy Warhol, Lee Radziwill and Talitha Pol, and occasionally visited the New York discotheque Studio 54 in the late 1970s, but developed an intolerance for celebrities. He kept up old friendships in and out of the ballet world for decades, and was considered to be a loyal and generous friend.

Most ballerinas with whom Rudolf Nureyev danced, including Antoinette Sibley, Gelsey Kirkland and Annette Page, paid tribute to him as a considerate partner. He was known as extremely generous to many ballerinas, who credit him with helping them during difficult times. In particular, the Canadian ballerina Lynn Seymour – distressed when she was denied the opportunity to premiere MacMillan’s Romeo and Juliet – says that Nureyev often found projects for her even when she was suffering from weight problems and depression and thus had trouble finding roles.

Depending on the source, Nureyev is described as either bisexual, as he did have heterosexual relationships as a younger man, or homosexual. He had a turbulent relationship life, with numerous bathhouse visits and anonymous pickups. Nureyev met Erik Bruhn, the celebrated Danish dancer, after Nureyev defected to the West in 1961. Nureyev was a great admirer of Bruhn, having seen filmed performances of the Dane on tour in the Soviet Union with the American Ballet Theatre, although stylistically the two dancers were very different. Bruhn and Nureyev became a couple and the two remained together off and on, with a very volatile relationship for 25 years, until Bruhn’s death in 1986.

In 1973, Nureyev met the 23-year-old American dancer and classical arts student Robert Tracy and a two-and-a-half-year love affair began. Tracy later became Nureyev’s secretary and live-in companion for over 14 years in a long-term open relationship until death. According to Tracy, Nureyev said that he had a relationship with three women in his life, he had always wanted a son, and once had plans to father one with Nastassja Kinski.

Nureyev learned that he had contracted HIV in 1984. He lived with the disease in secret, occasionally performing but with a marked decline in appearances. He was admitted to the Hopital Notre Dame du Perpetuel Secours in Levallois, a suburb northwest of Paris, for pericarditis, an inflammation of the membranous sac around the heart. He eventually succumbed to the AIDS-related complication on 6 January 1993.