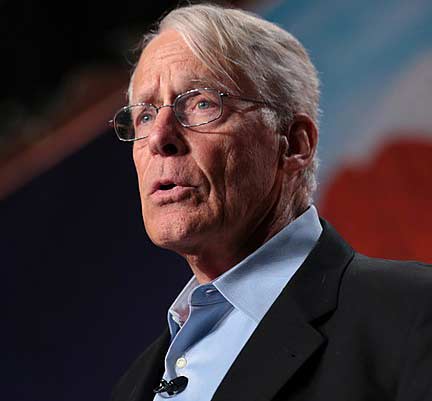 Samuel Robson “Rob” Walton (born October 28, 1944) is an heir to the fortune of Walmart, the world’s largest retailer. He is the eldest son of Helen Walton and Sam Walton. He served as Chairman of Walmart from 1992 to 2015. As of March 2020, Walton had a net worth of $54.1 billion, making him the 10th richest person in the world.

Walton attended The College of Wooster and graduated from the University of Arkansas in 1966 with a bachelor of science degree in business administration, where he was also a member of the Lambda Chi Alpha fraternity. He received his Juris Doctor degree from Columbia Law School in 1969. Walton is also a trustee at The College of Wooster.

After graduation, Walton became a member of the law firm that represented Wal-Mart, Conner & Winters in Tulsa, Oklahoma. In 1978, he left Tulsa to join Wal-Mart as a senior vice president, and in 1982, he was appointed vice chairman. He was named chairman of the board of directors on April 7, 1992, two days after his father’s death.

Along with his siblings, he has pledged about $2 billion to the Walton Family Foundation from 2008 to 2013.

By the time he left Tulsa in 1978, Walton had three children, was divorced from his first wife, and was remarried to Carolyn Funk. He and Carolyn filed for divorce in 2000. He married his third wife Melani Lowman-Walton in 2005. His children include Carrie Walton Penner.

Walton is a well-known collector of automobiles.