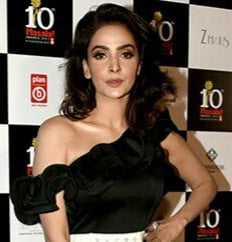 Sabahat Qamar Zaman (born 5 April 1984), known professionally as Saba Qamar, is a Pakistani actress and television presenter. Qamar has established a career in the Urdu television industry and is the recipient of several accolades, including four Lux Style Awards, a Hum Award, and a Filmfare Award nomination. The Government of Pakistan honoured her with two of the country’s highest civilian honours, the Tamgha-e-Imtiaz in 2012, and Pride of Performance in 2016 for her contribution to the field of arts.

The pre partition drama Dastaan proved to be Qamar’s first success in which she played the parallel female lead, earning her the Pakistan Media Award, and starring roles in the drama Pani Jaisa Piyar and the socio drama Thakan (both 2011) established her as a leading actress in Urdu television. She earned wide critical praise for her portrayal of a manipulative and self-obsessed women in the 2011 romantic series Maat, a middle class girl in the 2011 series Jo Chale To Jaan Se Guzar Gaye, a character Sarwat in the 2012 telenovela Shehryar Shehzadi, as orphan in the 2013 drama Kaash Aisa Ho and liberal minded Zara in the 2014 series Izteraab. She received nomination for Best Actress at Hum Awards for her portrayal of Dania in Bunty I Love You and Farida in Digest Writer. Her performance as Fouzia Azeem in biographical drama Baaghi earned her Lux Style Award for Best Television Actress.

Qamar’s first appearance in film came with the critically acclaimed Sarmad Khoosat-directed biographical film Manto (2015), and had her first commercial success with the 2016 romantic comedy Lahore Se Aagey. Qamar subsequently received critical acclaim for her portrayal of a nouveau riche in her first Hindi film, the comedy drama Hindi Medium (2017), which earned her the Filmfare Best Actress Award nomination and ranks among the highest-grossing Indian films of all time. She went on to star in the 2018 romantic television films Moomal Rano and Dil Diyan Gallan. Besides acting, she worked as a host and comedian on the political satire Hum Sab Umeed Se Hain (2009–2015).

Qamar was born on 5 April 1984 into a Sindhi family in Hyderabad, Sindh. She lost her father at a very young age and spent most of her childhood in Gujranwala with her grandmother. She got her early education in Gujranwala, then moved to Lahore to pursue further studies. Her family is settled in Karachi. She is reluctant to discuss her personal life in the media.

In 2009, Qamar joined a political satire Hum Sab Umeed Se Hain as a host and presenter where she also did the Parody of politicians and actors. The show was extremely popular and was at the number one spot in ratings in Pakistan. She decided to quit the show and was replaced by Meera in 2013. In January 2018, she appeared in photoshoot for Mahid Khawar’s creation “Padmavat” where she dressed up like Rani Padmavati. In May 2018, she showcased golden bridal couture for designer Nilofer Shahid. She was showstopper for Rimple and Harpreet Narula’s first Pakistan show on ‘Shaan-E-Pakistan’. On 10 December 2018, she walked the ramp for designer Uzma Babar’s collection Umsha on Bridal Couture Week. Qamar became the ambassador for a number of brands including Lux Pakistan, Sunsilk, Dalda, Ufone, and Tapal.

Qamar is considered one of the nation’s most popular and highest-paid actresses. After the success of Mein Sitara and Hindi Medium, she was cited by critics as one of the finest actresses in Pakistan. Throughout her career, she has received several accolades including Lux Style Awards, Hum Awards, Pakistan Media Awards, PTV Awards and a Filmfare Awards nomination.

In 2012, Government of Pakistan honoured her with Tamgha-e-Imtiaz, the fourth-highest decoration given to civilians in Pakistan based on their achievements. In 2016, she received Pride of Performance in recognition of meritorious work in the fields of arts.