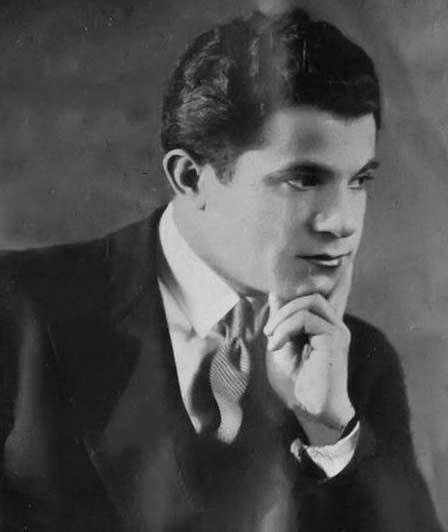 Salvatore (registered as “Salvadore”) Ferragamo was born in 1898 to a poor family in Bonito, Italy, near Avellino, the eleventh of fourteen children of Antonio Ferragamo and Mariantonia Ferragamo (both had the same surname, which often happened in smaller Italian towns). After making his first pair of shoes for himself, a pair of high heels, at age nine (and his sisters to wear at their confirmation), young Salvatore decided that he had found his calling.

After studying shoemaking in Naples for a year, Ferragamo opened a small store based in his parents’ home. In 1914, he emigrated to Boston, Massachusetts, where one of his brothers worked in a cowboy boot factory. After a brief stint at the factory, Ferragamo convinced his brothers to move to California, first Santa Barbara then Hollywood. It was there that Ferragamo found success, initially opening a shop for repair and made-to-measure shoes, leading to a long period of designing footwear for the cinema. However, he could not fathom why his shoes pleased the eye yet hurt the foot, so he proceeded to study anatomy at the University of Southern California.

After spending thirteen years in the US, Ferragamo returned to Italy in 1927, settling in Florence. He began to fashion shoes for women, from the Maharani of Cooch Behar to Eva Peron to Marilyn Monroe. He opened a workshop in the Via Mannelli, concentrating his efforts in experimenting with design, applying for patents for ornamental and utility models and some related inventions. Although he filed for bankruptcy in 1933 due to bad management and economic pressures, Ferragamo nonetheless expanded his operation during the 1950s to a workforce of around 700 expert artisans that produced 350 pairs of handmade shoes a day.

“The Rainbow” was created by Salvatore Ferragamo in 1938 and was the first instance of the platform shoe returning in modern days in the West. The platform sandal was designed for American singer and actress Judy Garland. The shoe was a tribute to Garland’s signature song “Over the Rainbow” performed in The Wizard of Oz (1939) feature film. The shoe was crafted using shaped slabs of cork that were covered in suede to build up the wedge and gold kidskin was used for the straps. His creation was a result of experimentations with new materials because of wartime rationing during World War II.