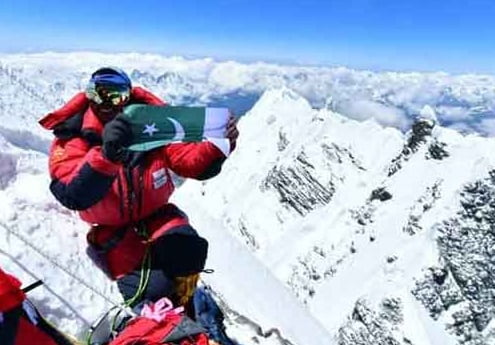 Lahore: The green crescent flag was hoisted for the second time in 24 hours on the world’s highest peak Mount Everest.

Shahrooz Kashif, 19, climbed Mount Everest yesterday morning. Shahrooz Kashif has the distinction of being the youngest climber in Pakistan.

Shahrooz had climbed Mount Everest at 5:05 am yesterday. At 8,849 meters, Mount Everest is the highest peak in the world. Shahrooz went to Nepal alone with his help from Pakistan.