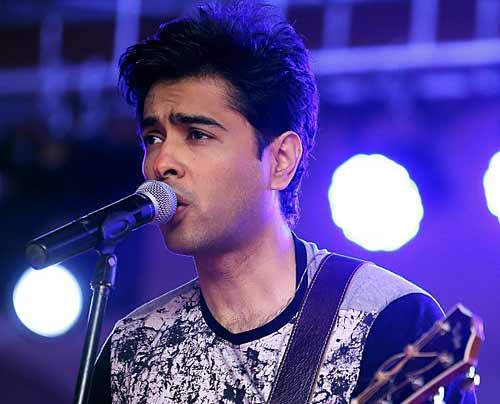 Shehzad Roy (born 17 February 1977) is a Pakistani singer, social worker and humanitarian. He started his singing career in 1995 and has recorded six albums since. He has recorded many hit songs such as “Saali,” “Teri Soorat” and “Kangna,” but is most famous for his 2008 socio-political album Qismat Apney Haath Mein. Roy is also the president and founder of Zindagi Trust, a non-government charitable organisation, that strives to improve the quality of education available to the average Pakistani.

Roy has produced and hosted two documentary series, Chal Parha, about the state of public education in Pakistan; and Wasu aur Mein, which follows the travels of Shehzad and a villager and deals with issues like progress, poverty and patriotism in Pakistan.

He received the Tamgha-i-Imtiaz (Medal of Excellence) in 2005, Sitara-i-Eisaar (Star of Sacrifice) in 2006 and Sitara-i-Imtiaz (Star of Excellence) in 2018 from the Government of Pakistan. For his organisation’s rehabilitation work after the 2005 Kashmir earthquake, he was awarded the Sitara-e-Eisaar in 2006. He was also selected to be a torch bearer for the 2008 Olympic Games.

Shehzad Roy was born in Karachi on 16 February 1977 to Kabir Roy and Nazli Qamar. His father was a businessman. Shehzad Roy said in an interview to a major Pakistani newspaper that his father always encouraged him to do whatever he had his heart set on because his father wanted to play cricket in his childhood, but was not allowed to do so by his own father. He finished his basic High School education in Pakistan Community School (Saudi Arabia).

Shehzad’s sixth album marked his transformation from a singer of romantic songs to songs that reflected social issues. In 2008, Shehzad released his sixth album, Qismat Apne Haath Mein in Karachi’s juvenile jail to draw attention to the nearly 70,000 prisoners in Pakistan who had been awaiting trial for years.

The first music video of the album, “Laga Rahe” was a political comment on the situation in the country at the time. The call for the restoration of judiciary, increasing inflation and crime, price hike and the real politicking of corrupt politicians all featured in the video. The title track “Qismat Apne Haath Mein” is about those less privileged in society and their state of suppression.

On 6 September 2014 Shehzad released a patriotic song “Mere Dhol Sipahiya” featuring Ayesha Omer. It was dedicated to all martyrs and survivors of the Pakistan army who took part in War on terror; most specifically for the martyrs of Operation Zarb-e-Azb.

In September 2013, Shehzad performed with Guns N’ Roses at a charitable event turned rock show, with performances from Guns N’ Roses’ Matt Sorum and Slash and Macy Gray in Los Angeles. Part of the proceeds of this event went to Shehzad’s organisation Zindagi Trust. The event reached its climax when, Roy, Slash, Sorum and Gray did covers of The Beatles’ Come Together and Radiohead’s Creep.

In 2007, Shehzad Roy came out with a musical collaboration between him and queen of Sufi soul, Abida Parveen. The song, titled “Zindagi”, was rooted on his venture ‘Equality in Education’.

In 2006, Shehzad Roy brought Canadian rockstar Bryan Adams to Pakistan for a charity concert, Rock for a Cause, to raise funds for Shehzad Roy’s Zindagi Trust and to aid the victims of the tragic October 2005 earthquake.

To promote cross-border cultural exchange with India, he sang a hit duet with Indian singer Sukhbir in 2005.

In 2011, Shehzad discovered Wasu Khan, a villager from Baluchistan, on YouTube. In his video, Wasu raps about Pakistan’s checkered political history. After seeing this, Shehzad tracked down Wasu and they collaborated to produce the hard-hitting song “Apney Ulloo”. Packing a political punch, the video is a tale of the exploitation of a poor man. In the music video, Roy emulates a peon, a lawyer, a government secretary and a media man, all of whom exploit the common man, played by Wasu.

The song “Apney Ulloo” started as a one-off collaboration but ended up taking a very different direction. In 2012, Roy produced and hosted the 8-episode documentary series titled Wasu aur Mein. The show followed the travels of Shehzad and Wasu Khan. Brought together by their common passion for music, Shehzad and Wasu realise that they have a lot to learn from each other. Wasu’s unique perspective on Pakistan’s history and his shrewd observations force Shehzad to re-evaluate his own notions on progress, poverty and patriotism. As the show moves through several cities, the two of them try to understand what being a citizen of Pakistan means and realise what the future holds for them in this country.

In 2013, Shehzad produced and hosted the 22-episode documentary series titled Chal Parha. In the show, Shehzad travelled on a Harley-Davidson bike across 80 cities in Pakistan and visited more than 200 public schools. In each of the 22 episodes, a new issue in public education was explored, for example, medium of instruction, curriculum, teachers, corporal punishment.

The show highlighted both the obstacles in improving public schools and also the remarkable individuals who are committed to teaching and learning despite the collapsed system in which they work. An example of the impact of this show is that the third episode on corporal punishment (aired 15 February 2013) resulted in catalysing a decision by the government to finally ban corporal punishment in Pakistan. Soon after the episode aired, Pakistan’s provincial assemblies passed a resolution against corporal punishment and on 12 March 2013, the National Assembly unanimously passed a Bill making corporal punishment an offence.

The show was intended to create awareness among Pakistani citizens for their basic right to quality education and also proposed solutions for government officials to resolve the various issues in public education. Chal Parha also showcased Pakistan’s scenic beauty and diverse cultures.

On 1 June 2015, Dawn (newspaper) reported that Roy had signed a film scripted by Anwar Maqsood, which will be directed by Ahsan Rahim and will feature Faisal Qureshi as a co-star. However, on 28 January 2018, The News reported that Roy had signed a film that was scripted by Qureshi. On 4 November 2018, Dawn reported that Qureshi had recreated the story of Alif Noon (a PTV comedy drama) in a film, which he will be directing also, in which Roy will star as Allan and Qureshi as Nanha.

On the occasion of the 2014 Nobel Peace Prize to Malala Yousafzai from Pakistan and Kailash Satyarthi from India, Shehzad performed at a joint Peace concert held on the evening of the Nobel Peace Prize ceremony on 10 December 2014 in Oslo, Norway. The concert was attended by dignitaries like the Royal King family members, Prime Minister of Norway, Former Pakistani Prime Ministers, Ministers, Members of the National Parliament and the Norwegian elite in the fields of knowledge and culture, along with Norwegian Pakistanis and Indians.

In April 2013, Shehzad was invited to Harvard University to talk about music, activism and his documentary series, Chal Parha, in which the audience learnt about Roy’s journey to over 200 schools across Pakistan and the lessons learnt from this journey. Additionally, the viewers were educated about ways in which art and artists have struggled to bring social change throughout Pakistan’s history.

In May 2013, Shehzad Roy performed in Rome on invitation from Pakistan’s Ambassador to Italy. The Pakistan Embassy in Rome in collaboration with Zètema Progetto Cultura, an agency of Rome’s Municipality, organised the concert in Villa Borghese, the second largest public park in Rome, and was part of La Notte dei Musei (The Night of Museums). The solo show presented Pakistan’s rich heritage; especially its music and poetry, to the Italian audience.

The Chicago Council on Global Affairs awarded the 2009 Patricia Blunt Koldyke Fellowship on Social Entrepreneurship to Shehzad Roy to recognize his commitment to providing better learning opportunities in government-run schools, and honor his goal of encouraging Pakistan’s youth “to value education and provide them with the knowledge and opportunities they need to realize a peaceful, democratic political future.” As a Koldyke Fellow, Roy spent one week in Chicago exchanging ideas about education, philanthropy and nonprofit management with the city’s civic, government, business and academic leaders. He delivered a major public address about education in Pakistan to a Chicago Council audience the evening of 29 October 2009.

On 23 March 2018, he received Sitara-i-Imtiaz for his contributions to represent Pakistan as UNODC ambassador.

Roy has won the following awards over the course of his career: