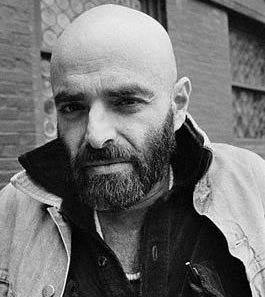 Sheldon Allan Silverstein (September 25, 1930 – May 10, 1999) was an American writer known for his cartoons, songs, and children’s books. He styled himself as Uncle Shelby in some works. His books have been translated into more than 30 languages and have sold more than 20 million copies. He was the recipient of two Grammy Awards, as well as Golden Globe Award and Academy Award nominations.

Born into a Jewish family, Silverstein grew up in the Logan Square neighborhood of Chicago, attended Roosevelt High School and, later, the University of Illinois, from which he was expelled. He then enrolled in the Chicago Academy of Fine Arts which he was attending when he was drafted into the United States Army. He served in Japan and Korea.

Silverstein lived on a Sausalito houseboat between c.1967 to about 1975, and additionally he owned homes in Greenwich Village, Martha’s Vineyard, and Key West.

Silverstein never married. He did, according to the 2007 biography A Boy Named Shel, sleep with “hundreds, perhaps thousands of women.” He was also a frequent presence at Hugh Hefner’s Playboy Mansion and Playboy Clubs.

He had one daughter, Shoshanna Jordan Hastings, born June 30, 1970, with Susan Taylor Hastings of Sausalito, California. He reportedly met her at the Playboy Mansion. Susan died on June 29, 1975, one day before Shoshanna’s fifth birthday, and Shoshanna went to live with her uncle and aunt in their Baltimore home. Shoshanna died April 24, 1982, at age 11, of a cerebral aneurysm. The book A Light in the Attic is dedicated to her.

On May 10, 1999, Silverstein died at age 68 of a heart attack in Key West, Florida and was subsequently buried in Westlawn Cemetery in Norridge, Illinois.

On June 25, 2019, The New York Times Magazine listed Shel Silverstein among hundreds of artists whose material was reportedly destroyed in the 2008 Universal fire.

Silverstein’s “A Boy Named Sue” won a 1970 Grammy. He was nominated for an Oscar and a Golden Globe Award for his song “I’m Checkin’ Out” in the film Postcards from the Edge.

Together with longtime friend and producer Ron Haffkine, he released “Where the Sidewalk Ends” on cassette in 1983, and as an LP phonograph record in 1984, winning the 1984 Grammy Award for Best Recording For Children.

Silverstein believed that written works needed to be read on paper—the correct paper for the particular work. He usually would not allow his poems and stories to be published unless he could choose the type, size, shape, color, and quality of the paper. Being a book collector, he took seriously the feel of the paper, the look of the book, the fonts, and the binding. Most of his books did not have paperback editions because he did not want his work to be diminished in any way. Silverstein’s estate continues to control copyright permissions on his work and has blocked the quotations of that work in at least one biographical treatment.