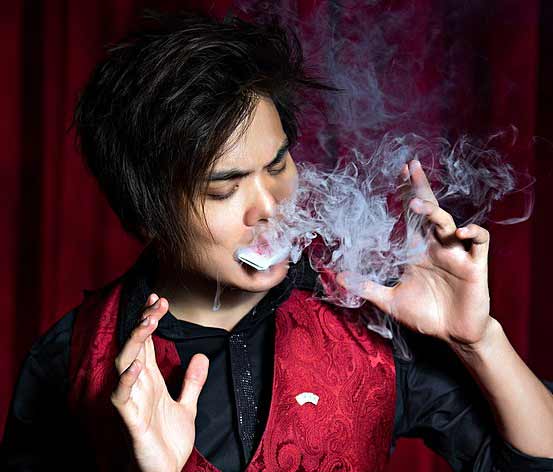 Liang-Shun Lim (born September 25, 1991), known professionally as Shin Lim, is a Canadian-American magician, recognized for his use of card manipulation and sleight of hand. He is known for elaborate close-up card magic routines, during which he remains silent with the tricks set to music. He is self-taught, having learned most of his skills from watching YouTube. Since then, he has shared some of his techniques on YouTube.

Originally educated to be a pianist, he took up magic as his career after being diagnosed with carpal tunnel syndrome. Lim was discovered around 2012 and began to tour internationally, and subsequently won the 2015 Fédération Internationale des Sociétés Magiques in Close-up Card Magic. His appearances on Penn & Teller: Fool Us and his wins on America’s Got Talent during its 13th season and on America’s Got Talent: The Champions led to more international fame.

Lim is the second of three children of Singapore-born parents. He is of Han Chinese descent. He was born in Vancouver, where his dad was completing his post graduate studies. His family returned to Singapore when he was 2 and moved to Acton, Massachusetts, when he was 11. Lim attended the Acton-Boxborough Regional High School. As early as 9 years old, Lim showed an interest in music. His grandmother had originally given him a violin, but he became frustrated with that and smashed it after a practice session, and switched over to piano. After graduating from high school, he attended the School of Music at Lee University in Tennessee, where he double majored in piano and telecommunications and was a member of the Choral Union ensemble.

Lim describes his approach to magic as more of an artistic show, rather than an attempt to trick people. “I’m trying to change the outlook on card magic—to make it more artistic, more visual.” He has incorporated his past musical aspirations into his acts, putting nearly all his tricks to music, while staying silent during the tricks. Lim compares his act to the movie Inception, in that it is artistic, yet accessible to the masses. He also considered his magic approach similar to playing the piano, as much of his magic involves similar concepts of timing and synchronization. Lim said that most of his tricks involve card-switching, but doing the switch either in a way that viewers cannot see where the switch occurred, or in a manner that completely hides the switch. To achieve this, he records himself practicing his tricks and then plays them back in slow-motion to look for any moments that give away the trick, aware that his fans on YouTube will also play back videos in slow-motion to catch him. Lim also stated that he may use special decks of cards, including blank cards and decks with special finishing that make it easier for him to manipulate the cards, but does not consider these decks to be otherwise rigged.

Lim lives near Boston, Massachusetts, and holds both Canadian and American citizenship. He got engaged to Casey Thomas, whom he had met during his Macau tour in 2015. She was performing at the theater next-door to where he was, and they got to know each other in after-show events where the two theater groups mingled together as a family. The two married on August 19, 2019.