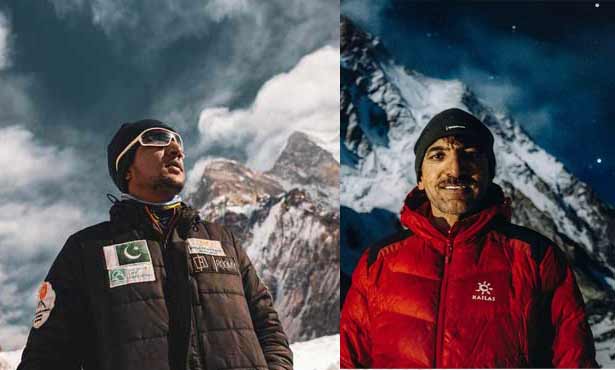 LAHORE: The body of renowned Pakistani mountaineer Muhammad Ali Sadpara has been found, which has been confirmed by his son Sajid Ali Sadpara and Gilgit-Baltistan Information Minister.

According to details, the body of national hero Muhammad Ali Sadpara was found buried. A group of Nepali Sherpazs have found two bodies 300 meters below Bottle Neck. Were missing

Son Sajid Sadpara said that the body of the late father was seen in a ditch 300 meters below the khaki bottle nick, the bodies of other father’s companions John Sunori and John Pablo are also visible, they are on a two search mission these days.

Sajid Sadpara and the team are present at Camp Four. They are considering the plan to remove the body of their father. They will try to rescue the bodies by tonight or this morning. I appeal to the nation to pray for the success of the mission.

On the other hand, Gilgit-Baltistan Information Minister Fatehullah Khan confirmed the discovery of Ali Sadpara’s body.

It may be recalled that two climbers, including Muhammad Ali Sadpara, went missing on K2 during February this year due to inclement weather. During this time, several efforts were made by the Pakistan Army. Two Army helicopters flew at an altitude of 7,000 meters, but the body could not be found due to severe cold weather, after which the Minister of the Gilgit government Raja Nasir Ali Khan said. Muhammad Ali Sadpara and other climbers did not live in the world, the government, the army and the family all agree on this opinion.

Gilgit-Baltistan Tourism Minister Raja Nasir Ali Khan while addressing a press conference said that Ali Sadpara and Sajid Sadpara will be awarded civil honors. The federal government has proposed to attribute Skardu Airport to Ali Sadpara, Ali Sadpara said. A school for mountaineering will be established under the name of

Raja Nasir Ali said that the government pays homage to the services of national hero Ali Sadpara, the government will provide financial and moral support to the family of Ali Sadpara, the children of national heroes will be given educational scholarships, victims of accidents. A formal law will be enacted to provide for the families of the climbers.

On this occasion, Sajid Sadpara said that Ali Sadpara went missing during K2’s adventure. After heading to K2, an accident occurred on his way back. K2 took him in his arms forever, in search and rescue operation. All available resources were used, my family lost Shafiq Baap.

Sajid Sadpara further said that the Pakistani nation lost a patriotic national hero, the world lost a brave and talented campaigner, I will continue my father’s mission, I will fulfill my father’s unfulfilled dreams.

Missing Pakistani climber Ali Sadpara and two foreign climbers were thought to be trying to climb the K2 without oxygen in the winter. Renowned Pakistani climbers Muhammad Ali Sadpara, Iceland’s John Sunori and Chile’s John Pablo could not return after reaching the summit.

Ali Sadpara and other climbers lost contact with the camp. A mountaineering team was searched by helicopter but the rescue operation was not successful due to bad weather and strong winds. Ali Sadpara was accompanied by his son Sajid Sadpara who reached Camp One safely after the oxygen regulator failed.