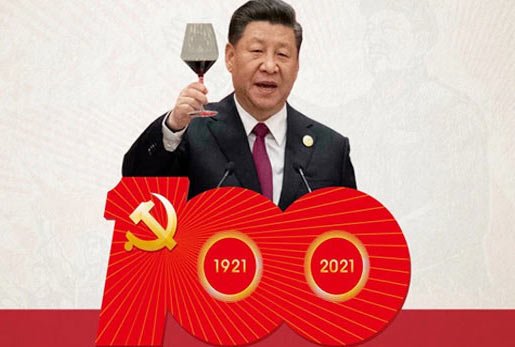 Time to scare China is over, Xi Jinping addresses the 100th anniversary of the Communist Party

BEIJING: A special ceremony was held in China to mark the 100th anniversary of the Communist Party, with President Xi Jinping saying it was time to intimidate and intimidate China.

Addressing the Communist Party’s centenary celebrations, President Xi Jinping said it was time to intimidate and threaten China, adding that China was entering a new era with Shaun Vishwakat.

Troops also paraded in the ceremony, the roar of jets warmed the atmosphere. Tributes were also paid to the heroes of the Chinese nation.