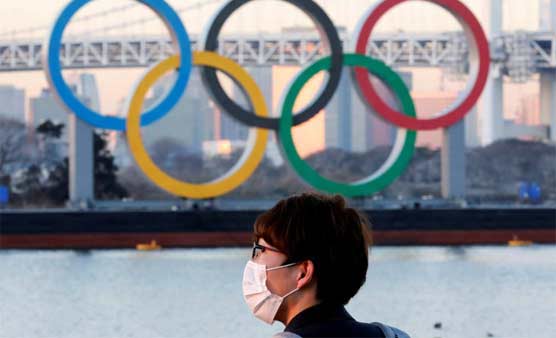 TOKYO: A team of Chinese athletes arriving in Tokyo to compete in the Olympics has complained of poor security at a hotel, saying the risk of contracting the corona virus would increase if it was not taken into account.

It is believed that the Tokyo Olympics are almost two weeks away, but the administration has declared a state of emergency across the city to prevent the spread of the corona virus.

Also keep in mind that in view of the global epidemic, all spectators have already been banned from watching sports competitions.

There are reports that the players of the Chinese swimming team have complained to the Japanese authorities about inadequate arrangements.

“There are other tourists at the hotel where we are staying,”

Zhang Xiaodong, head of the Chinese team, told state media. There is a risk of spreading corona by interacting with them. We have informed the Olympic organizers of the situation.

It may be recalled that a statement issued by the Japanese Prime Minister a few days ago said that this emergency will continue till August 22 next month. The Olympics, delayed by Corona, are set to begin on July 23.

Japanese Prime Minister Yoshihide Suga had said that in the event of low pressure on the health system and early vaccination, the lifting of the ban could be considered.

The state of emergency in Tokyo was lifted on June 20 last month because of Corona.

This is the fourth time since the outbreak hit Japan that residents of Tokyo have faced a corona emergency.

International Olympic Committee President Thomas Beach arrived in Tokyo on Thursday, shortly after declaring a state of emergency. It is expected that they will be shown in quarantine for three days.