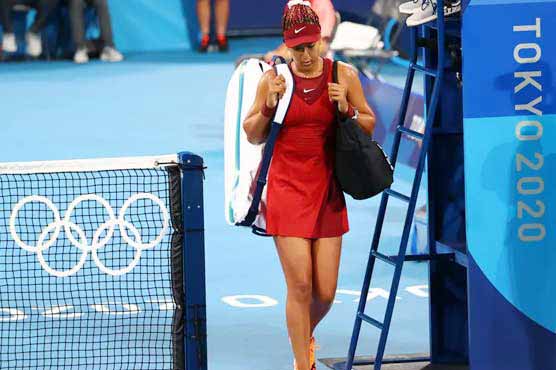 TOKYO: Japanese tennis star Naomi Osaka has suffered an upset at the Tokyo Olympics. It was predicted that she would win a gold medal, but that did not happen.

According to a report in The Independent Urdu,

Naomi Osaka has dropped out of the Tokyo Olympics after losing in the third round of tennis competitions.

It was Naomi Osaka who lit the torch for the Tokyo Olympics, beating Czech Republic’s Markita Wondrusova 6-1, 6-4. Was not being done.

Naomi Osaka had said that her mental health was being affected due to her contracts with the media, so she dropped out of the French Open this May.