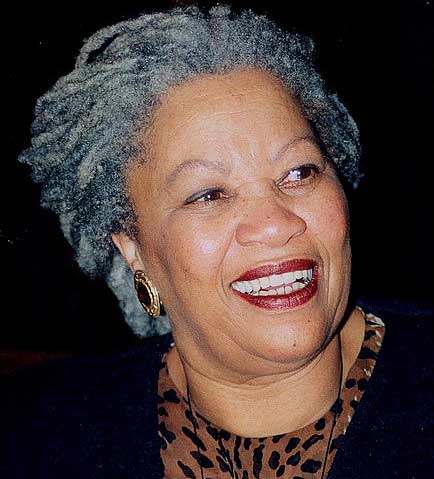 Chloe Anthony Wofford Morrison (born Chloe Ardelia Wofford; February 18, 1931 – August 5, 2019), known as Toni Morrison, was an American novelist, essayist, book editor, and college professor. Her first novel, The Bluest Eye, was published in 1970. The critically acclaimed Song of Solomon (1977) brought her national attention and won the National Book Critics Circle Award. In 1988, Morrison won the Pulitzer Prize for Beloved (1987); she gained worldwide recognition when she was awarded the Nobel Prize in Literature in 1993.

Born and raised in Lorain, Ohio, Morrison graduated from Howard University in 1953 with a B.A. in English. In 1955, she earned a master’s in American Literature from Cornell University. In 1957 she returned to Howard University, was married, and had two children before divorcing in 1964. In the late 1960s, she became the first black female editor in fiction at Random House in New York City. In the 1970s and 1980s, she developed her own reputation as an author, and her perhaps most celebrated work, Beloved, was made into a 1998 film.

In 1996, the National Endowment for the Humanities selected her for the Jefferson Lecture, the U.S. federal government’s highest honor for achievement in the humanities. Also that year, she was honored with the National Book Foundation’s Medal of Distinguished Contribution to American Letters. On May 29, 2012, President Barack Obama presented Morrison with the Presidential Medal of Freedom. In 2016, she received the PEN/Saul Bellow Award for Achievement in American Fiction.

Toni Morrison was born in Lorain, Ohio, to Ramah (née Willis) and George Wofford. She was the second of four children from a working-class, black family. Her mother was born in Greenville, Alabama, and moved north with her family as a child. Her father grew up in Cartersville, Georgia. When Wofford was about 15, a group of white people lynched two black businessmen who lived on his street. Morrison later said: “He never told us that he’d seen bodies. But he had seen them. And that was too traumatic, I think, for him.” Soon after the lynching, George Wofford moved to the racially integrated town of Lorain, Ohio, in the hope of escaping racism and securing gainful employment in Ohio’s burgeoning industrial economy. He worked odd jobs and as a welder for U.S. Steel. Ramah Wofford was a homemaker and a devout member of the African Methodist Episcopal Church.

When Morrison was about two years old, her family’s landlord set fire to the house in which they lived, while they were home, because her parents could not pay the rent. Her family responded to what she called this “bizarre form of evil” by laughing at the landlord rather than falling into despair. Morrison later said her family’s response demonstrated how to keep your integrity and claim your own life in the face of acts of such “monumental crudeness.”

Morrison’s parents instilled in her a sense of heritage and language through telling traditional African-American folktales, ghost stories, and singing songs. Morrison also read frequently as a child; among her favorite authors were Jane Austen and Leo Tolstoy. She became a Catholic at the age of 12 and took the baptismal name Anthony (after Anthony of Padua), which led to her nickname, Toni. Attending Lorain High School, she was on the debate team, the yearbook staff, and in the drama club.

In May 2010, Morrison appeared at PEN World Voices for a conversation with Marlene van Niekerk and Kwame Anthony Appiah about South African literature, and specifically van Niekerk’s 2004 novel Agaat.

Morrison wrote books for children with her younger son, Slade Morrison, who was a painter and a musician. Slade died of pancreatic cancer on December 22, 2010, aged 45. Morrison’s novel Home (2012) was half-completed when Slade died.

In May 2011, Morrison received an Honorary Doctor of Letters degree from Rutgers University–New Brunswick during the commencement ceremony, where she delivered a speech on the “pursuit of life, liberty, meaningfulness, integrity, and truth.”

Morrison debuted another work in 2011: She worked with opera director Peter Sellars and Malian singer-songwriter Rokia Traoré on a new production, Desdemona, taking a fresh look at William Shakespeare’s tragedy Othello. The trio focused on the relationship between Othello’s wife Desdemona and her African nursemaid, Barbary, who is only briefly referenced in Shakespeare. The play, a mix of words, music and song, premiered in Vienna in 2011.

Morrison had stopped working on her latest novel when her son died. She said that afterwards, “I stopped writing until I began to think, He would be really put out if he thought that he had caused me to stop. ‘Please, Mom, I’m dead, could you keep going …?'”

She completed Home and dedicated it to her son Slade Morrison. Published in 2012, it is the story of a Korean War veteran in the segregated United States of the 1950s, who tries to save his sister from brutal medical experiments at the hands of a white doctor.

In August 2012, Oberlin College became the home base of the Toni Morrison Society, an international literary society founded in 1983, dedicated to scholarly research of Morrison’s work.

Morrison’s eleventh novel, God Help the Child, was published in 2015. It follows Bride, an executive in the fashion and beauty industry whose mother tormented her as a child for being dark-skinned – a childhood trauma that has dogged Bride her whole life.

Morrison was a member of the editorial advisory board of The Nation, a magazine started in 1865 by Northern abolitionists.

Morrison died at Montefiore Medical Center in The Bronx, New York City, on August 5, 2019, from complications of pneumonia. She was 88 years old.

Upon her death, Morrison had a net worth of 20 million dollars.

A memorial tribute was held for Morrison on November 21, 2019, at the Cathedral of St. John the Divine in the Morningside Heights neighborhood of Manhattan in New York City. At this gathering she was eulogized by, among others, Oprah Winfrey, Angela Davis, Michael Ondaatje, David Remnick, Fran Lebowitz, and Edwidge Danticat. The jazz saxophonist David Murray performed a musical tribute.