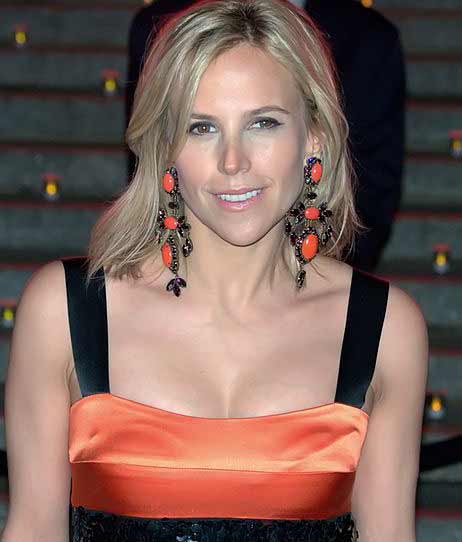 Known for: Fashion line of clothing and accessories

Known as: Fashion line of clothing and accessories

Tory Burch (née Robinson; born June 17, 1966) is an American fashion designer, businesswoman, and philanthropist. She is the Executive Chairman and Chief Creative Officer of her own brand, Tory Burch LLC. She was listed as the 73rd most powerful woman in the world by Forbes in 2015.

Burch was born in Valley Forge, Pennsylvania, the daughter of Reva (née Schapira) and Ira Earl “Bud” Robinson (1923–2007). She was raised with her three brothers in a 250-year-old Georgian farmhouse near Valley Forge National Historical Park.

Her father was a wealthy investor who inherited a stock exchange seat and a paper cup company. Burch is Jewish on her mother’s side.

In 1993 she married William Macklowe, son of real-estate tycoon Harry B. Macklowe, and was divorced within a year. In 1996 she married J. Christopher Burch, an investor in Internet Capital Group, a venture capital firm founded by Walter Buckley and Ken Fox. They have three sons: Henry, Nicholas “Nick”, Sawyer. She also has three stepdaughters from his previous marriage. They divorced in 2006. She continues to use his last name, and for some time continued to live with her children in their New York City apartment.

She dated Lance Armstrong in 2007. Afterward she was for some time linked to Lyor Cohen. In November 2018, Burch married Pierre-Yves Roussel, the former chairman and CEO of LVMH. He became CEO of Burch’s company in early 2019 and Burch became Executive Chairman and Chief Creative Officer. The couple had been dating since 2014 and became engaged in 2016.

Forbes magazine estimated that she was a billionaire with a net worth of $1.0 billionaire in 2013. She is worth approximately $850 million as of 2019.