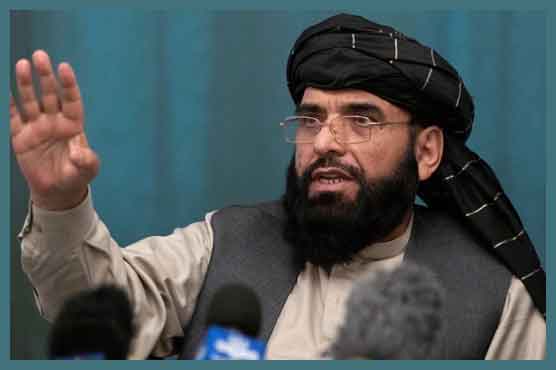 KABUL: The Afghan Taliban has said that Turkish troops should also withdraw from Afghanistan in compliance with the agreement reached with the United States.

It should be noted that there are more than 500 Turkish troops in Afghanistan who are part of the NATO mission to train Afghan security forces.

Taliban spokesman Sohail Shaheen said all foreign troops stationed in Afghanistan should be withdrawn under a peace deal with the United States.

Earlier, Turkey, a member of the Western defense alliance NATO, offered that Turkish troops could stay in Afghanistan to protect Kabul International Airport even after the withdrawal of US and NATO forces. Turkish troops in Afghanistan are also part of the NATO mission. According to the schedule, all foreign troops are to be withdrawn from Afghanistan by September 11.

Afghan Taliban spokesman Zabihullah Mujahid, on the other hand, has “strongly opposed” Turkey’s offer to protect and operate Kabul International Airport after the withdrawal of US and NATO forces. Can stop his troops

“We will not allow any country to keep its troops here, whether it is the United States or Turkey,”

Afghan Taliban spokesman Zabihullah Mujahid told Arab News. We do not agree on that. If Turkey has such an intention, then the Islamic Emirate (the name of the Taliban government they used in power) will oppose it, we will not accept any foreign army in the country, whatever the name.

Turkey is a member of NATO. He has been here for 20 years and has been part of the war. They should not make a mistake and if they want to keep their army in Afghanistan, Afghans will no doubt treat them like other invaders.

According to Dr Muhammad Naeem, spokesman for the Taliban’s political office in Qatar, there is no need for that. We have neither accepted nor will accept the presence of foreign forces.