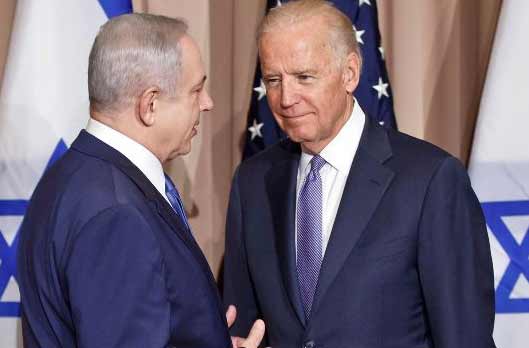 US President Joe Biden spoke by telephone with Israeli Prime Minister Netanyahu about the current tensions.

The foreign news agency quoted a White House statement as saying that US President Joe Biden had expressed concern over the violence in the West Bank and expressed support for measures to help Palestinians live with dignity.

Biden said the current situation has claimed the lives of Palestinians and Israelis, including children. He reiterated his commitment to a two-state solution and expressed concern about the safety of journalists.

During the talks, the US President and the Israeli Prime Minister expressed their desire for a peaceful environment for people of all faiths in occupied Jerusalem.

Biden also spoke in support of the US Alliance, but said that maintaining some independence was important for Israel.

READ MORE: The Saudi Crown Prince Donated 13 Million Riyals for the Release of the Prisoners.