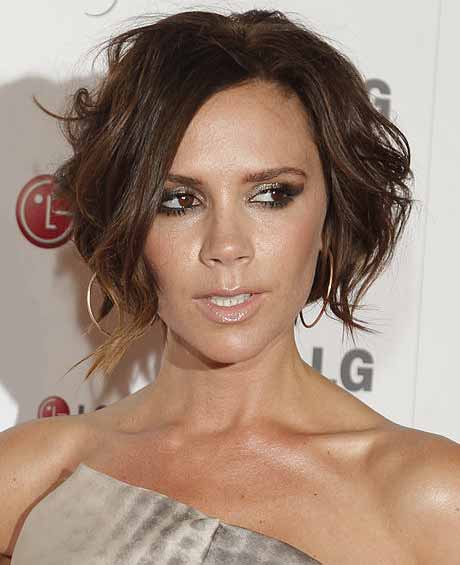 Victoria Caroline Beckham OBE (née Adams; born 17 April 1974) is an English singer, fashion designer and television personality. She rose to prominence in the 1990s as a member of the girl group the Spice Girls, in which she was nicknamed Posh Spice. With over 85 million records sold worldwide, the group became the best-selling female group of all time. After the Spice Girls split in 2001, Beckham was signed to Virgin Records, in which she released her self-titled debut solo album, which respectively produced four UK Top 10 singles including “Out of Your Mind”.

Beckham has become an internationally recognised style icon and fashion designer. Following high-profile collaborations with other brands, she launched an eponymous label in 2008, and a lower-priced (diffusion) label in 2011. The Victoria Beckham label was named designer brand of the year in the UK in 2011; in 2012 the brand was assessed as the star performer in the Beckham family’s business interests. Writing in the Daily Telegraph in 2011, Belinda White noted that the transition from WAG to fashion designer had been more successful than most had predicted, saying: “She has gathered a significant celebrity following and won over the scathing fashion pack who now clamour for a ticket to her bi-annual show at New York Fashion Week.” Beckham was appointed an OBE in the 2017 New Year Honours for services to the fashion industry. She is married to David Beckham, and they have four children, including Brooklyn. As of May 2019, the couple’s joint wealth is estimated at £355 million.

Beckham was born at the Princess Alexandra Hospital in Harlow, Essex, United Kingdom, and raised in Goffs Oak, Hertfordshire. She is the eldest of three children of Jacqueline Doreen (née Cannon), a former insurance clerk and hairdresser, and Anthony William Adams, who worked as an electronics engineer. They founded an electronics wholesale business which allowed a comfortable upbringing for Victoria, her sister, Louise,and her brother, Christian Adams. Beckham’s great-great-great-grandfather was German artist and revolutionary Carl Heinrich Pfänder and great-great granduncle was Minnesota politician William Pfaender.

After watching the musical film Fame in 1980, she decided to pursue a musical career. Jacqueline and Anthony Adams enrolled her at Jason Theatre School. In 1991, Beckham entered Laine Theatre Arts in Epsom, Surrey and studied dance and modelling. Beckham attended St. Mary’s High School in Cheshunt, where she was embarrassed by her family’s wealth and often begged her father not to drop her off outside the school in their Rolls Royce. Eventually, she became a member of a band called Persuasion.

Beckham began a relationship with Corey Haim in 1995, which ended on mutual terms.

In early 1997, she started dating footballer David Beckham after they met at a charity football match; prior to this he had watched her music videos and commented to teammates that he was attracted to her, but had been overcome with shyness when they were first introduced. A few months earlier, Victoria had also expressed a wish to meet David during a Spice Girls football photo session (by chance, she wore the kit of his club Manchester United for the feature as the group’s manager was a supporter). Of their initial meeting, she said, “I didn’t really know who he was. I was never into football.” The couple announced their engagement in 1998 and were dubbed “Posh and Becks” by the media.

She collects handbags, and owns over 100 Birkin bags, made by Hermès, which are widely considered the most valuable and sought-after, including a £100,000 shocking pink one, and worth a total of more than £1.5 million.

On 4 July 1999 they were married by the Bishop of Cork, Paul Colton, at Luttrellstown Castle, Ireland. The wedding attracted much media coverage. Beckham’s teammate, Gary Neville, was the best man, and the couple’s four-month-old son Brooklyn was the ring bearer. Most of the media were kept away from the ceremony as an exclusive deal with OK! magazine had been arranged, but photographs were released showing the Beckhams sitting on golden thrones. Victoria wore a diamond coronet created for her by jewellery designer Slim Barrett. A total of 437 staff were employed for the wedding reception, which was estimated to have cost £500,000 (US$823,650).

The couple bought what became their most famous home for £2.5 million in 1999; the property, which is set in 24 acres (9.7 ha) of land, was given a £3 million renovation and was subsequently dubbed Beckingham Palace by the media.