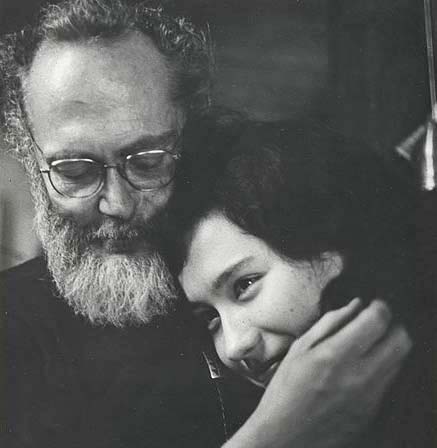 William Eugene Smith (December 30, 1918 – October 15, 1978) was an American photojournalist. He has been described as “perhaps the single most important American photographer in the development of the editorial photo essay.” His major photo essays include World War II photographs, the dedication of an American country doctor and a nurse midwife, the clinic of Dr Schweitzer in French Equatorial Africa, the city of Pittsburgh, and the pollution which damaged the health of the residents of Minamata in Japan. His 1948 series, Country Doctor, photographed for Life magazine is now recognized as “the first extended editorial photo story”.

William Eugene Smith was born in the city of Wichita, Kansas on December 30, 1918 to William H. Smith and Nettie Lee. Growing up, Smith had taken interest in flying and aviation. When the little boy was only nine years old and asking his mother for money to buy photographs of airplanes, the child was given his first camera. In 1927 Nettie gave him her old camera in hopes that he would begin to take his own photographs. Though this is what birthed Smith’s vocation. When her nine year old boy, who would later become the most esteemed photographer in history, came to her with a full roll of shots, she would develop the film for him in her own homemade darkroom.

Smith started grade school in his home town of Wichita. He started Catholic school in 1924, before he was handed a camera. By the time he was a teenager, photography was his passion and his craft. He began his journey as a professional and serious photographer when the famous Frank Noel of the Wichita Press approached him. Noel, impressed with his photography, pushed him to submit his works to the news sources. By the time Smith was fifteen years old he was published in The Wichita Eagle and the Wichita Beacon.

Smith graduated from the Wichita North High School in 1936. That same year, his father committed suicide. In the aftermath of his father’s death, Smith’s morals and values were carved into stone. Salt was thrown into the wounds he and his mother endured when the news of the town used the story and twisted the death into a falsity. The truth of the circumstances of the situation had been lost. It was in this series of unfortunate events that lit the flame for Smith to begin his career in photojournalism. He made a promise to hold himself to the highest standards of truth no matter the cost.

Smith moved to New York City and by 1938 he had begun to work for Newsweek. He became known there for his incessant perfectionism and thorny personality and eventually Smith was fired from Newsweek. He later explained that Newsweek wanted him to work with larger format negatives, but he refused to abandon the 35mm Contax camera he preferred to work with. Smith began to work for Life magazine in 1939, quickly building a strong relationship with then picture editor Wilson Hicks.

Move to Arizona and death

Smith returned from his stay in Minamata, Japan, in November 1974, and, after completing the Minamata book, he moved to a studio in New York City with a new partner, Sherry Suris. Smith’s friends were alarmed by his deteriorating health and arranged for him to join the teaching faculty of the Art Department and Department of Journalism at the University of Arizona. Smith and Suris moved to Tucson, Arizona in November 1977. On 23 December 1977, Smith suffered a massive stroke, but made a partial recovery and continued to teach and organize his archive. Smith suffered a second stroke and died on October 15, 1978. He was cremated and his ashes interred in Crum Elbow Rural Cemetery, Hyde Park, New York.