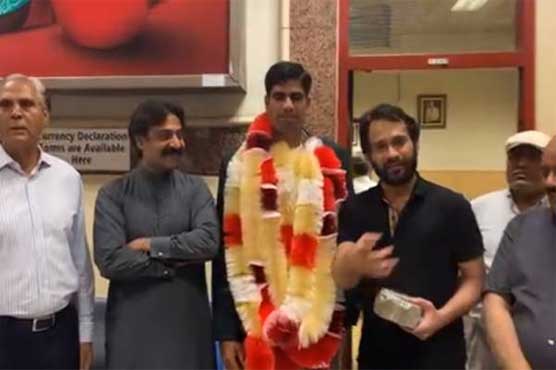 Mian Channu: Waqar Zaka has given Rs 1 million to national hero Arshad Nadeem who performed brilliantly in Tokyo Olympics and has confessed his hard work day and night.

“I promised to give some of my social media earnings as a gift to Arshad Nadeem,”

Waqar Zaka said that I earn enough money to support my people. Our neighboring country has made a lot of announcements for its players.

“I don’t want people to depend on the government,”

I am giving this prize money to Arshad Nadeem so that other players are also encouraged.

The social media star said that he promised the national athletes that you should all check the Olympic records from Google, make a list of your targets, if you are eligible to achieve them, I said the whole Pakistani nation will support you.