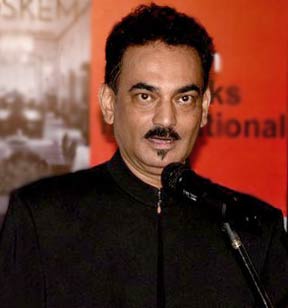 Wendell Rodricks (28 May 1960 – 12 February 2020) was an Indian fashion designer and author based in the Indian state of Goa. He was also an activist for social causes, the environment, and gay rights. In 2014, the Government of India conferred upon him its fourth-highest civilian award, the Padma Shri.

Rodricks was born on 28 May 1960 to the Goan Catholic family of Greta and Felix in Parel, Bombay. He was the eldest brother to Robin, Chester and Joel. The original surname of the family was “Rodrigues”, but changed to “Rodricks” after a misspelling during his grandfather’s time. He grew up in Mahim and attended St. Michael’s High School in Mahim. After completing school, he took a graduate diploma in catering. After this, he joined as Assistant Director of the Royal Oman Police (ROP) Officers Club in the city of Muscat in 1982. However, he did not pursue these professions but moved to fashion designing. He began by using his savings to study fashion in Los Angeles and Paris.

Rodricks was homosexual and married Jerome Marrel in a civil ceremony in Paris in 2002, to the initial displeasure of his family. He met Marrel in Oman through a friend who set them up while Rodricks was working there for the Royal Oman Police (ROP) Officers Club in 1983. Rodricks credited Marrel for his success as a fashion designer, in his autobiography, The Green Room. They both loved travelling and had visited over 150 countries together.

Rodricks was a Roman Catholic. He was the godfather of Arhaan Khan, the son of the film-maker Arbaaz Khan and his ex-wife Malaika Arora. Rodricks played a large role in forming the career of Arora and remained close to her and her family.

Rodricks lived and worked in Bombay (Mumbai) until the 1993 Bombay bombings, following which he moved to his hometown, the village of Colvale in Goa. He lived there with his partner, Marrell, and their pet dogs. He donated towards the improvement of the village and started a scholarship for the toppers of the schools of the village, in memory of his parents.

Rodricks died on 12 February 2020 at his home in Colvale, Goa, at the age of 59. On 13 February, the Goa Police announced that they were still investigating the cause of his death, although it was allegedly reported that he had been suffering from a prolonged illness. A close friend of his reported that he had died due to heart failure during an afternoon nap. His funeral was held on 13 February at the St Francis of Assisi Church, Colvale.