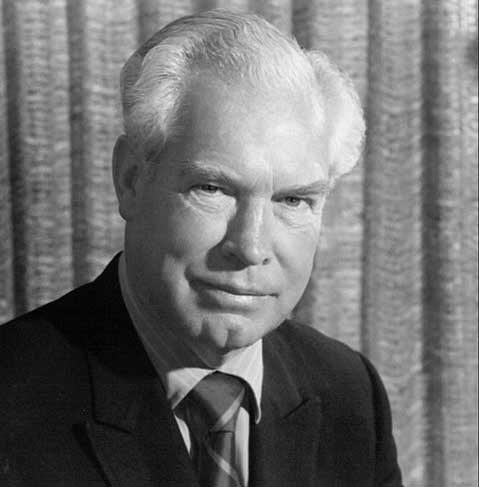 William Denby Hanna (July 14, 1910 – March 22, 2001) was an American animator, director, producer, voice actor, cartoon artist, and musician whose film and television cartoon characters entertained millions of people for much of the 20th century.

After working odd jobs in the first months of the Great Depression, Hanna joined the Harman and Ising animation studio in 1930. During the 1930s, Hanna steadily gained skill and prominence while working on cartoons such as Captain and the Kids. In 1937, while working at Metro-Goldwyn-Mayer (MGM), Hanna met Joseph Barbera. The two men began a collaboration that was at first best known for producing Tom and Jerry. In 1957, they co-founded Hanna-Barbera, which became the most successful television animation studio in the business, creating and/or producing programs such as The Flintstones, The Huckleberry Hound Show, The Jetsons, Scooby-Doo, The Smurfs, and Yogi Bear. In 1967, Hanna-Barbera was sold to Taft Broadcasting for $12 million, but Hanna and Barbera remained heads of the company until 1991. At that time, the studio was sold to Turner Broadcasting System, which in turn was merged with Time Warner in 1996; Hanna and Barbera stayed on as advisors.

Tom and Jerry won seven Academy Awards, while Hanna and Barbera were nominated for two others and won eight Emmy Awards. Their cartoons have become cultural icons, and their cartoon characters have appeared in other media such as films, books, and toys. Hanna-Barbera’s shows had a worldwide audience of over 300 million people in their 1960s heyday, and have been translated into more than 28 languages.

William Hanna was born to William John (1873-1949) and Avice Joyce (Denby) Hanna (1882-1956) on July 14, 1910, in Melrose, New Mexico Territory. He was the third of seven children. Hanna described his family as “a red-blooded, Irish-American family”. His father was a construction superintendent for railroads as well as water and sewer systems throughout the western regions of America, requiring the family to move frequently.

When Hanna was three years old, the family moved to Baker City, Oregon, where his father worked on the Balm Creek Dam. It was there that Hanna would develop his love of the outdoors. The family moved to Logan, Utah, before moving to San Pedro, California, in 1917. During the next two years they moved several times before eventually settling in Watts, California, in 1919.

In 1922, while living in Watts, he joined Scouting. He attended Compton High School from 1925 through 1928, where he played the saxophone in a dance band. His passion for music carried over into his career; he helped write songs for his cartoons, including the theme for The Flintstones. Hanna became an Eagle Scout as a youth and remained active in Scouting throughout his life. As an adult, he served as a Scoutmaster and was recognized by the Boy Scouts of America with their Distinguished Eagle Scout Award in 1985. Despite his numerous career-related awards, Hanna was most proud of this Distinguished Eagle Scout Award. His interests also included sailing and singing in a barbershop quartet. Hanna studied both journalism and structural engineering at Compton City College, but had to drop out of college with the onset of the Great Depression.

On August 7, 1936, Hanna married Violet Blanch Wogatzke (July 23, 1913 – July 10, 2014), and they had a marriage lasting over 64 years, until his death. The marriage produced two children, David William and Bonnie Jean, and seven grandchildren. In 1996, Hanna, with assistance from Los Angeles writer Tom Ito, published his autobiography—Joe Barbera had published his own two years earlier.

After dropping out of college, Hanna worked briefly as a construction engineer and helped build the Pantages Theatre in Hollywood. He lost that job during the Great Depression and found another at a car wash. His sister’s boyfriend encouraged him to apply for a job at Pacific Title and Art, which produced title cards for motion pictures. While working there, Hanna’s talent for drawing became evident, and in 1930 he joined the Harman and Ising animation studio, which had created the Looney Tunes and Merrie Melodies series. Despite a lack of formal training, Hanna soon became head of their ink and paint department. Besides inking and painting, Hanna also wrote songs and lyrics. For the first several years of Hanna’s employment, the studio partnered with Pacific Title and Art’s Leon Schlesinger, who released the Harman-Ising output through Warner Bros. When Hugh Harman and Rudolph Ising chose to break with Schlesinger and begin producing cartoons independently for Metro-Goldwyn-Mayer (MGM) in 1933, Hanna was one of the employees who followed them.

Hanna was given the opportunity to direct his first cartoon in 1936; the result was To Spring, part of the Harman-Ising Happy Harmonies series. The following year, MGM decided to terminate their partnership with Harman-Ising and bring production in-house. Hanna was among the first people MGM hired away from Harman-Ising to their new cartoon studio. During 1938–1939, he served as a senior director on MGM’s Captain and the Kids series, based upon the comic strip of the same name (an alternate version of the Katzenjammer Kids that had resulted from a 1914 lawsuit). The series did not do well; consequently, Hanna was demoted to a story man and the series was canceled. Hanna’s desk at MGM was opposite that of Joseph Barbera, who had previously worked at Terrytoons. The two quickly realized they would make a good team. Foreword By 1939 they had solidified a partnership that would last over 60 years. Hanna and Barbera worked alongside animation director Tex Avery, who had created Daffy Duck and Bugs Bunny for Warner Bros. and directed Droopy cartoons at MGM.

Hanna died of esophageal cancer at his home in North Hollywood, Los Angeles, California on March 22, 2001, at the age of 90. After his death, Cartoon Network aired a 20-second segment with black dots tracing Hanna’s portrait with the words “We’ll miss you – Cartoon Network” fading in on the right-hand side. This same type of tribute happened for Chuck Jones in 2002 and Hanna’s partner, Joseph Barbera in 2006, when each of them died. However, Barbera, unlike the other two, had an audio clip of his voice playing in his Cartoon Network promotional tribute. Hanna is buried at Ascension Cemetery in Lake Forest, California.