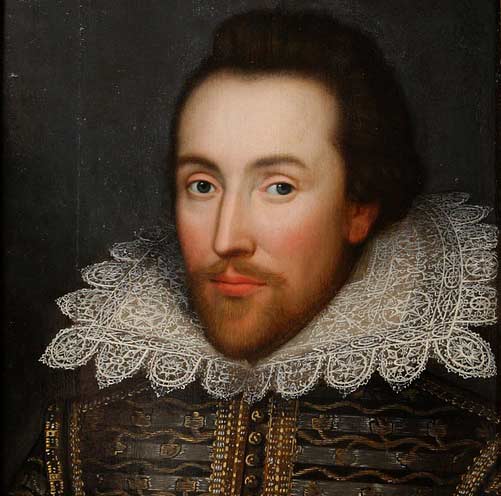 William Shakespeare (bapt. 26 April 1564 – 23 April 1616) was an English playwright, poet, and actor, widely regarded as the greatest writer in the English language and the world’s greatest dramatist. He is often called England’s national poet and the “Bard of Avon” (or simply “the Bard”). His extant works, including collaborations, consist of some 39 plays, 154 sonnets, two long narrative poems, and a few other verses, some of uncertain authorship. His plays have been translated into every major living language and are performed more often than those of any other playwright. They also continue to be studied and reinterpreted.

Shakespeare was born and raised in Stratford-upon-Avon, Warwickshire. At the age of 18, he married Anne Hathaway, with whom he had three children: Susanna and twins Hamnet and Judith. Sometime between 1585 and 1592, he began a successful career in London as an actor, writer, and part-owner of a playing company called the Lord Chamberlain’s Men, later known as the King’s Men. At age 49 (around 1613), he appears to have retired to Stratford, where he died three years later. Few records of Shakespeare’s private life survive; this has stimulated considerable speculation about such matters as his physical appearance, his sexuality, his religious beliefs, and whether the works attributed to him were written by others.

Shakespeare produced most of his known works between 1589 and 1613. His early plays were primarily comedies and histories and are regarded as some of the best work produced in these genres. Until about 1608, he wrote mainly tragedies, among them Hamlet, Romeo and Juliet, Othello, King Lear, and Macbeth, all considered to be among the finest works in the English language. In the last phase of his life, he wrote tragicomedies (also known as romances) and collaborated with other playwrights.

Many of Shakespeare’s plays were published in editions of varying quality and accuracy in his lifetime. However, in 1623, two fellow actors and friends of Shakespeare’s, John Heminges and Henry Condell, published a more definitive text known as the First Folio, a posthumous collected edition of Shakespeare’s dramatic works that included all but two of his plays. The volume was prefaced with a poem by Ben Jonson, in which Jonson presciently hails Shakespeare in a now-famous quote as “not of an age, but for all time”.

William Shakespeare was the son of John Shakespeare, an alderman and a successful glover (glove-maker) originally from Snitterfield, and Mary Arden, the daughter of an affluent landowning farmer. He was born in Stratford-upon-Avon, where he was baptised on 26 April 1564. His date of birth is unknown, but is traditionally observed on 23 April, Saint George’s Day. This date, which can be traced to a mistake made by an 18th-century scholar, has proved appealing to biographers because Shakespeare died on the same date in 1616. He was the third of eight children, and the eldest surviving son.

Although no attendance records for the period survive, most biographers agree that Shakespeare was probably educated at the King’s New School in Stratford, a free school chartered in 1553, about a quarter-mile (400 m) from his home. Grammar schools varied in quality during the Elizabethan era, but grammar school curricula were largely similar: the basic Latin text was standardised by royal decree, and the school would have provided an intensive education in grammar based upon Latin classical authors.

At the age of 18, Shakespeare married 26-year-old Anne Hathaway. The consistory court of the Diocese of Worcester issued a marriage licence on 27 November 1582. The next day, two of Hathaway’s neighbours posted bonds guaranteeing that no lawful claims impeded the marriage. The ceremony may have been arranged in some haste since the Worcester chancellor allowed the marriage banns to be read once instead of the usual three times, and six months after the marriage Anne gave birth to a daughter, Susanna, baptised 26 May 1583. Twins, son Hamnet and daughter Judith, followed almost two years later and were baptised 2 February 1585. Hamnet died of unknown causes at the age of 11 and was buried 11 August 1596.

After the birth of the twins, Shakespeare left few historical traces until he is mentioned as part of the London theatre scene in 1592. The exception is the appearance of his name in the “complaints bill” of a law case before the Queen’s Bench court at Westminster dated Michaelmas Term 1588 and 9 October 1589. Scholars refer to the years between 1585 and 1592 as Shakespeare’s “lost years”. Biographers attempting to account for this period have reported many apocryphal stories. Nicholas Rowe, Shakespeare’s first biographer, recounted a Stratford legend that Shakespeare fled the town for London to escape prosecution for deer poaching in the estate of local squire Thomas Lucy. Shakespeare is also supposed to have taken his revenge on Lucy by writing a scurrilous ballad about him. Another 18th-century story has Shakespeare starting his theatrical career minding the horses of theatre patrons in London. John Aubrey reported that Shakespeare had been a country schoolmaster. Some 20th-century scholars suggested that Shakespeare may have been employed as a schoolmaster by Alexander Hoghton of Lancashire, a Catholic landowner who named a certain “William Shakeshafte” in his will. Little evidence substantiates such stories other than hearsay collected after his death, and Shakeshafte was a common name in the Lancashire area.

Rowe was the first biographer to record the tradition, repeated by Johnson, that Shakespeare retired to Stratford “some years before his death”. He was still working as an actor in London in 1608; in an answer to the sharers’ petition in 1635, Cuthbert Burbage stated that after purchasing the lease of the Blackfriars Theatre in 1608 from Henry Evans, the King’s Men “placed men players” there, “which were Heminges, Condell, Shakespeare, etc.”. However, it is perhaps relevant that the bubonic plague raged in London throughout 1609. The London public playhouses were repeatedly closed during extended outbreaks of the plague (a total of over 60 months closure between May 1603 and February 1610), which meant there was often no acting work. Retirement from all work was uncommon at that time. Shakespeare continued to visit London during the years 1611–1614. In 1612, he was called as a witness in Bellott v Mountjoy, a court case concerning the marriage settlement of Mountjoy’s daughter, Mary. In March 1613, he bought a gatehouse in the former Blackfriars priory; and from November 1614, he was in London for several weeks with his son-in-law, John Hall. After 1610, Shakespeare wrote fewer plays, and none are attributed to him after 1613. His last three plays were collaborations, probably with John Fletcher, who succeeded him as the house playwright of the King’s Men.

Shakespeare died on 23 April 1616, at the age of 52. He died within a month of signing his will, a document which he begins by describing himself as being in “perfect health”. No extant contemporary source explains how or why he died. Half a century later, John Ward, the vicar of Stratford, wrote in his notebook: “Shakespeare, Drayton, and Ben Jonson had a merry meeting and, it seems, drank too hard, for Shakespeare died of a fever there contracted”, not an impossible scenario since Shakespeare knew Jonson and Drayton. Of the tributes from fellow authors, one refers to his relatively sudden death: “We wondered, Shakespeare, that thou went’st so soon / From the world’s stage to the grave’s tiring room.”

He was survived by his wife and two daughters. Susanna had married a physician, John Hall, in 1607, and Judith had married Thomas Quiney, a vintner, two months before Shakespeare’s death. Shakespeare signed his last will and testament on 25 March 1616; the following day, his new son-in-law, Thomas Quiney was found guilty of fathering an illegitimate son by Margaret Wheeler, who had died during childbirth. Thomas was ordered by the church court to do public penance, which would have caused much shame and embarrassment for the Shakespeare family.

Shakespeare bequeathed the bulk of his large estate to his elder daughter Susanna under stipulations that she pass it down intact to “the first son of her body”. The Quineys had three children, all of whom died without marrying. The Halls had one child, Elizabeth, who married twice but died without children in 1670, ending Shakespeare’s direct line. Shakespeare’s will scarcely mentions his wife, Anne, who was probably entitled to one-third of his estate automatically. He did make a point, however, of leaving her “my second best bed”, a bequest that has led to much speculation. Some scholars see the bequest as an insult to Anne, whereas others believe that the second-best bed would have been the matrimonial bed and therefore rich in significance.