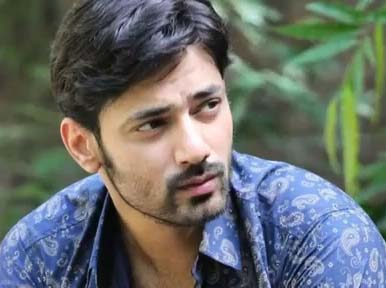 Zahid Iftikhar Ahmed is a Pakistani television actor and former RJ. Ahmed worked as a creative manager for PTV World, and later became an RJ. Although successful, he left it to pursue a career in acting, and made his broadway debut with a leading role in the play It Runs in the Family (2006). He received widespread acclaim for his portrayal of Muhammad Ali Jinnah in Anwar Maqsood’s, Sawa 14 August and its sequel Pawnay 14 August (both 2014). That same year, he made his television debut with the Hum TV romantic series Mehram. His breakout role in the Hum TV series Alvida (2015), garnered him the Hum Award for Best Villain, and a nomination for Best Supporting Actor. Subsequently, he received wide recognition for his portrayal of leading roles in several of the successful series, including Jugnoo (2015), Tum Mere Paas Raho (2015), Sangat (2015), Zara Yaad Kar (2016) and Besharam (2016).

Zahid received his early education in Rawalpindi and graduated from Preston University in marketing. From 2003 to 2011, Zahid worked as a COO facilitator (corporate trainer) for sales and customer service operations in an IT company, however he left the job when company was discovered fraudulent and joined Pakistan Television Network’s flagship channel PTV Home and later as a creative manager to launch an PTV World, where he met Anwar Maqsood and accept the offer to play Muhammad Ali Jinnah in Maqsood’s theater Sawa 14 August.