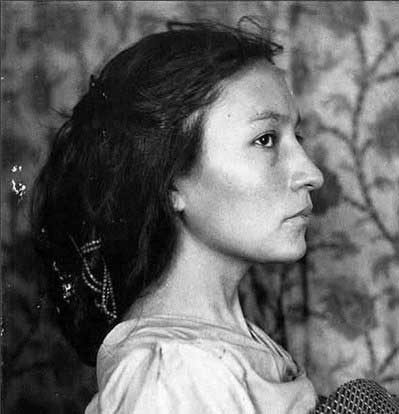 Zitkala Sa (1876–1938) (Lakota: Red Bird = Cardinal (bird)), also known as Gertrude Simmons Bonnin, her missionary-given and later married name, was a Yankton Dakota Sioux writer, editor, translator, musician, educator, and political activist. She wrote several works chronicling her struggles with cultural identity and the pull between the majority culture she was educated within and her Dakota Sioux culture into which she was born and raised. Her later books were among the first works to bring traditional Native American stories to a widespread white English-speaking readership, and she has been noted as one of the most influential Native American activists of the 20th century.

Working with American musician William F. Hanson, Zitkala Sa wrote the libretto and songs for The Sun Dance Opera, (1913), the first American Indian opera. It was composed in romantic musical style, and based on Sioux and Ute cultural themes.

She was co-founder of the National Council of American Indians in 1926, which was established to lobby for Native people’s right to United States citizenship and other civil rights they had long been denied. Zitkala Sa served as the council’s president until her death in 1938.