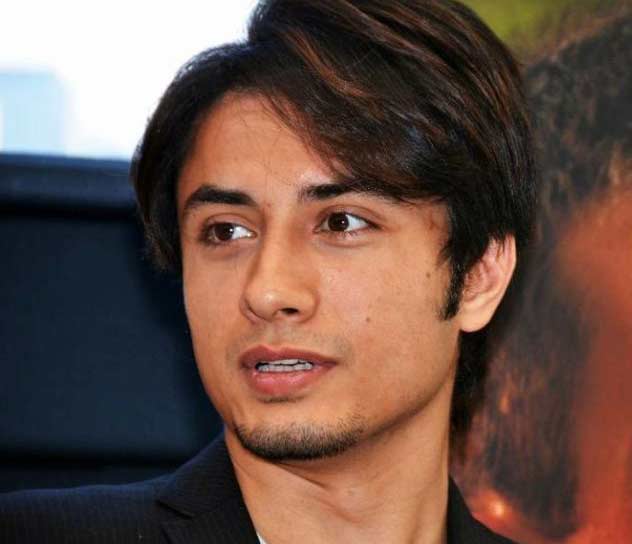 Ali Zafar (Urdu: علی ظفر ‎; born 18 May 1980) is a Pakistani singer-songwriter, model, actor, producer, screenwriter and painter. Zafar started out on Pakistani TV before becoming a popular musician. He later also established a career in Bollywood and his success led many Pakistani actors to venture into Hindi films. He has received five Lux Style Awards and a Filmfare Award nomination.

Zafar started his career as a Music Composer and gained popularity by his single “Channo” from his debut album Huqa Pani, which sold over five million copies worldwide. “Channo” turned out to be a huge success, topping many music charts and earned him several awards for Best Music Album and Artist. Zafar made his acting debut with a leading role in the 2010 Bollywood satire film Tere Bin Laden, a moderate box office success. His performance in the film garnered critical appreciation and earned him several nominations in the Best Male Debut category, including Filmfare. He then also worked in several films, including Mere Brother Ki Dulhan, Chashme Baddoor, and Dear Zindagi.

Alongside his acting and singing career, Zafar participates in tours, concerts and stage shows, is active in humanitarian work and has a number of endorsement deals. In 2013, Zafar was voted as the “Sexiest Asian Man on the Planet”, based on a worldwide poll by the British newspaper Eastern Eye.

Ali Zafar was born on 18 May 1980 in Lahore, Punjab, Pakistan to a Punjabi family. His parents, Mohammad Zafarullah and Kanwal Ameen, were professors at the University of Punjab. He has two brothers; Zain and Danyal, the latter of these is a commercial model who’s also aiming to launch a career as a singer and actor soon. Zafar received his early education from C.A.A. Public School. He completed his graduation from the Government College of Lahore and the National College of Arts.

Zafar started his career as a sketch artist at Pearl Continental Hotel in Lahore and then began acting in television serials. He debuted as a television actor by acting in drama serials Kollege Jeans, Kanch Ke Par and Landa Bazar.

Zafar sang “Jugnuon Se Bhar De Aanchal” for the 2003 film Shararat. In the same year, he debuted as a musician with the album Huqa Pani, which was a success. The album sold over 5,000,000 copies worldwide and won several awards and nominations, including the 2004 Lux Style Award for “Best Album” and the 2008 “Best Male Artist” award at the MTV awards, making him one of the most popular pop singers in Pakistan. It was also claimed that Bollywood’s popular music directors Himesh Reshammiya and Pritam ripped “Channo” and “Rangeen” from Zafar’s album in “Dillagi Mein Jo Beet Jaaye” for Aashiq Banaya Aapne and “Chhore Ki Baatein” for Fight Club – Members Only, respectively.

Zafar released his second album Masty in November 2006. The music video of the single “Dekha” was named as the most expensive music video of Pakistan, costing more than ten million rupees. The video was produced by Lux and was shot in Malaysia, featuring Reema Khan, Meera and Aaminah Haq. The song was also made part of the Hollywood film Wall Street: Money Never Sleeps, which was released in September 2010. He is currently the fourth Pakistani artist after Nusrat Fateh Ali Khan, Strings and Atif Aslam to have songs featured in Hollywood films. He also won the “Youth Icon” award in the Lux Style Awards 2007, in Malaysia. Zafar was also offered a role for 2007 film Khuda Kay Liye, but was unable to sign due to some personal reasons. The role was then performed by Fawad Khan.

In 2010, he made his debut as a leading actor with the Bollywood film Tere Bin Laden, which was directed by Abhishek Sharma. Tere Bin Laden was partially based on Osama Bin Laden and Zafar played a Pakistani journalist from Karachi, who makes fake video of Osama Bin Laden, so that he could go to America. The film released in July 2010, proved to be a major commercial success in India, but was banned in Pakistan. Zafar’s performance in the film garnered critical appreciation and earned him Best Male Debut nominations at several award ceremonies, including IIFA Awards, Screen Awards, Zee Cine Awards and Filmfare Awards. He was also named as the first Pakistani to be called to Indian Film Festival at Australia in March 2011 for his movie screening.

In February 2011, Zafar released his third album Jhoom, which won the 2012 Lux Style Award for “Best Music Album”. He made a special appearance in the film Luv Ka The End, in which he sang a song, “F.U.N. Fun Funna”. He also sung the title song for the film Love Mein Ghum. He also acted alongside Tara D’Souza in the film Mere Brother Ki Dulhan, starring Imran Khan and Katrina Kaif, and it was released in September 2011.

Zafar also starred in the romantic comedy film Chashme Baddoor, directed by David Dhawan. The film was released in April 2013 and was declared a box office super-hit. The same year, he was also featured in an episode of Burka Avenger, singing his famous song “Channo”. Zafar then also starred in and composed the soundtrack for the film Total Siyappa, which was a romantic comedy film released in March 2014. He also acted in Kill Dil, which was released in November.

Zafar released a single “Urain Ge” as tribute to victims of APS Peshawar attack in early 2015, featuring many Pakistani artists. His voice was also featured in the song “DJ”, which was sung by Sunidhi Chauhan for the film Hey Bro. He then also sang a song for Defence Day, “Hanstay Hanstay”.

Zafar had performed an item number “Six Pack Abs” in the sequel of his 2010 film Tere Bin Laden, entitled Tere Bin Laden: Dead or Alive, which was released in February 2016. Zafar was also seen in Pakistani film Lahore Se Aagey. He then appeared in Gauri Shinde’s Dear Zindagi as a musician alongside the star cast Alia Bhatt. The films were released in November 2016. He then also sung “Hum Roshan to Kal Roshan”, which released in December 2016.

In 2018, Zafar starred in Ahsan Rahim’s directorial debut romantic action-comedy film Teefa in Trouble, alongside Maya Ali, which is debut of both the actors in Lollywood, and also the debut of Zafar’s Lightingale Productions. He is also working on his fourth music album, and he will be producing another Pakistani film based in Deosai National Park.

Zafar married his long-time fiancée Ayesha Fazli, who is a distant relative of Indian actor Aamir Khan, on 28 July 2009 in Lahore, Pakistan. They had a boy in 2010, and a girl in 2015.